1. Stardew Valley may have started out as a Harvest Moon clone, but in the years since its release, it’s become the crowning jewel of modern farming sims and set a new standard for the genre. Aside from just growing crops and developing your farm, you’ll befriend (and romance) the villagers of Pelican Town, attend festivals, go fishing, explore mines, and work to restore the local community center to its former glory.

a screenshot of the game showing a farm Amazon

Maybe you picked up Stardew Valley years ago and fell off it; maybe the daily time limit felt stressful. I’m here to say: I totally get it, and I was the same way when I first played it in 2016. If you’re new to this style of game (as compared to Animal Crossing: New Horizons, for instance), it can be a bit overwhelming trying to get the hang of Stardew Valley’s daily flow and knowing what you should be doing every day, but stick with it and things will start to click (the extremely in-depth and regularly updated Stardew Valley Wiki is also an amazing resource). It went from being a game I couldn’t get into to one of my favorite games of all time when I picked it back up years later. And with the *massive* 1.5 update released in December 2020, the game has an abundance of new content, including an entirely new area, new crops, new characters, and more, so whether you’ve never played Stardew or haven’t picked it up for years, there’s really no better time to jump in than now. Get it from Amazon for $36.27 or get a digital download code for $14.99.

2. Ring Fit Adventure is one of the best fitness video games you can buy today. You get a great cardio workout with strength training as you jog (in place) through a gorgeous fantasy world and engage in turn-based combat using exercise moves against fitness-themed monsters. Also, there’s a hot bodybuilding dragon in it.

If you have a Switch and are looking for a way to switch up your indoor workouts (or hate the gym like me!!), I can’t recommend Ring Fit enough as a way to keep things fresh and interesting while you break a sweat. During the pandemic, I really leaned on this game as one of my main ways of staying active, and it definitely doesn’t disappoint. The main campaign has you jogging (in place) through a gorgeous fantasy world, where you engage in turn-based combat using actual exercise moves (targeting your arms, legs, or core) against fitness-themed monsters. You can also find new outfits for your character, blend power-boosting smoothies, and unlock new abilities throughout the game that not only make your character stronger, but also keep the adventure engaging.

As you’d expect of a Nintendo game, it’s genuinely fun and extremely charming, but its workouts are also no joke — thankfully, you can adjust the difficulty at any time, and you don’t need much room to play. The bundle includes the game along with the Ring-Con, a pilates ring-like accessory used to perform many of the game’s exercises. One Joy-Con slides into it at the top, while your second Joy-Con goes into an included leg strap to track your movements with precision.

Get it from Amazon for $69.88. (Note that this game is best played on a TV, so it’s not ideal for the handheld-only Switch Lite.)

3. The House in Fata Morgana spins an epic tale of gothic suspense and romance that takes place over nearly a millennium, all revolving around a mysterious mansion, its occupants throughout the ages, and their intertwined fates. For visual novel fans, it doesn’t get better than this.

If you love epic visual novels or just a damn good story, The House in Fata Morgana should be on your list. It’s easily one of the best games available on Nintendo Switch today, and that’s not just coming from me — at the time of writing, this game has the third-highest Metacritic user score of ALL Switch games, right behind two juggernauts, The Legend of Zelda: Breath of the Wild and Super Mario Odyssey. Its story is massive in scope, exploring themes of betrayal, violence, tragedy, and human nature, but it’s also intertwined with a love story that unfolds against all odds. It’s difficult to fully describe The House in Fata Morgana in a few sentences, but just know that this is a story you won’t be able to stop thinking about long after it’s over.

4. The Legend of Zelda: Breath of the Wild likely needs no introduction if you’re browsing this list. If you own a Switch and have somehow managed *not* to play Breath of the Wild before 2022, know that it’s deserving of every bit of hype it’s received and should probably be the next game you play. Seriously. Go play it.

Like many folks, I’ve been a Zelda fan since I was a kid, but even if you haven’t been following Link’s adventures since the series’ inception over 30 years ago, you’ll find a lot to love in Breath of the Wild. This gorgeous, open-world adventure is super beginner-friendly and encourages exploration — and there’s a LOT to explore. Like a mind-blowing amount. You could spend many, many hours just exploring in this game and never fighting a boss. From completing puzzle-filled shrine levels to discovering cute hidden creatures called Koroks and cooking meals (!!) that give you power-ups, there’s a ton to do in Breath of the Wild beyond the standard Zelda dungeons and boss fights and dealing with that Ganon guy.

5. Pokémon Legends: Arceus has some (very) rough edges graphically, but gameplay-wise, it’s the best Pokémon has been in years. If you check out just one Pokémon game on Switch, go with Arceus. This open-world RPG has you exploring a diverse range of environments to discover, battle, and catch Pokémon in their natural habitats, and jumping in and out of battles has never felt more fluid.

Unlike the linear mainline RPGs, Arceus is an open-world game focused much more on catching and researching Pokémon than trainer battles. It takes place in the Sinnoh region (the setting of Gen 4’s Pokémon Diamond and Pearl), except many, many years in the past, back when it was known as the Hisui region, and before the Elite Four or Pokémon trainers ever existed. Your character is tasked with building the region’s first Pokédex, which involves exploring every corner of the map and traversing all sorts of landscapes, from snow-covered hills to vast plains and oceans. There’s a story involving the legendary Pokémon Arceus (shocker) and time travel, but it’s all sort of secondary to the new, improved gameplay and structure that developer Game Freak has introduced with this new take on the Pokémon formula.

Arceus incorporates some of the best elements of spin-off Pokémon games like Pokémon Mystery Dungeon (a darker/slightly more mature story and focus on taking on jobs/missions) and Pokemon Snap (the emphasis on capturing Pokémon performing specific behaviors to fill your Pokédex) — and it works incredibly well. It cuts out a lot of the repetitive tedium present in the recent core titles and lets you explore and progress at your own pace. It’s genuinely challenging at times (you’ve never known fear until you see a wild Snorlax with glowing red eyes charging at you), and that makes exploring its worlds feel particularly exhilarating — you never know what’s waiting for you behind every corner.

6. Fire Emblem: Three Houses breaks up its thrilling turn-based combat with free periods of exploration and relationship-building between you, a professor at Garreg Mach Monastery, and your students, who become your warriors on the battlefield. Highly replayable with a colorful cast of memorable characters, Three Houses innovates on the long-running tactics series’ formula and succeeds spectacularly.

As the newest professor at Garreg Mach Monastery, you choose at the beginning of the game which of the titular three houses you wish to take charge of: the Black Eagles, the Golden Deer, or the Blue Lions, each of which has a student house leader. You become responsible for instructing your group of students in the art of battle, and as you grow closer with them during your free periods of exploration, you’ll become involved in their personal growth as well. The story takes some incredible twists and turns as it progresses, and because each house has its own unique path and story content, Three Houses is one of the most enjoyable Fire Emblem games to replay, letting you get to know all of the characters with time. 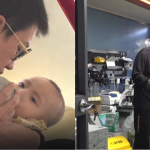