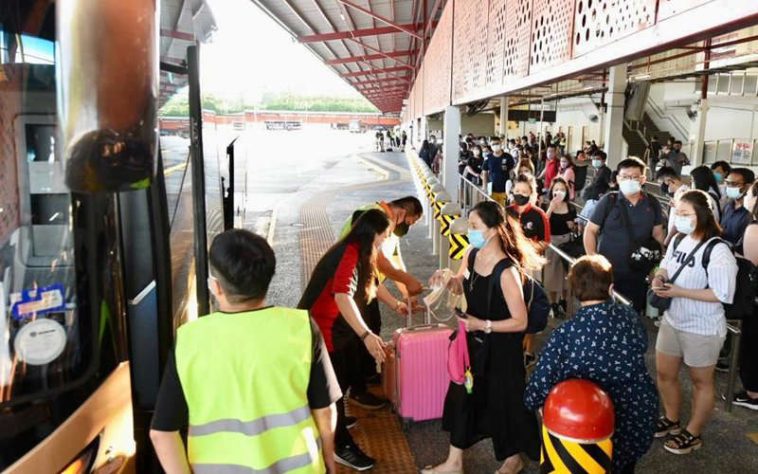 Biotechnologist Kelvin Teo, 35, has not been back home since March 18 last year, when Malaysia imposed a partial lockdown as the Covid-19 pandemic situation deteriorated.

According to Singapore’s Straits Times, he was so excited that together with his wife Christine Poh, 34, they turned up at Woodlands Temporary Bus Interchange at 5.30am today – 2½ hours before the first bus under the Singapore-Malaysia land vaccinated travel lane (VTL) was due to depart.

Poh told the daily that when Malaysia announced the lockdown, they decided to go to Singapore for two weeks because her husband worked there.

“But then, two weeks became two years,” she said.

The couple were the first among an estimated 1,440 people who will be leaving Singapore via the VTL today, which got off to a smooth start on the first day.

Only citizens, permanent residents and long-term pass holders of the country they are entering can travel under the first phase of the land VTL.

According to the report, there were already 15 people at 6.30am waiting in the queue as bus operator Transtar Travel checked hard copies of the essential documents that travellers must have with them. These include their vaccination certificates and pre-departure Covid-19 test results.

About 1,440 Singaporeans, permanent residents and long-term pass holders in Singapore are also expected to cross the Causeway into the republic today.

“The land VTL currently prioritises workers in Singapore or Malaysia who have not been able to return home since the land border was shut in March last year.

“They will no longer have to serve a quarantine upon arrival, unlike those returning home via the Periodic Commuting Arrangement, which requires a seven-day quarantine at designated facilities or hotels upon arrival in Malaysia,” the report said.

Instead, they will take two Covid-19 tests before entering either Singapore or Malaysia, it added.

In preparation for its first trip, Transtar Travel has thoroughly disinfected and sterilised its buses.

In a video posted on Facebook, the Singapore bus company detailed the thorough disinfection process its buses go through, which includes the wiping down of passenger seats and high-touch points with hospital grade disinfectant.

Transtar Travel is one of two appointed bus operators that will run 64 daily VTL bus trips between Malaysia and Singapore. Up to 45 seated passengers are allowed per trip.

At Queen Street Bus Terminal, the first two VTL buses run by Handal Indah left within minutes of each other at around 9.30am.

The daily said upon arrival, they will proceed to a cordoned off area where they will take an antigen rapid test at a temporary swabbing centre.

“Those who test positive will be placed on a 10-day isolation order and go through the home recovery programme.”

It said the daily quota of travellers allowed to cross the Causeway under the travel arrangement by the government will be reviewed on a weekly basis.

The authorities are studying whether train journeys can be part of the land VTL scheme but it will take some time before private vehicles are allowed under the land VTL. 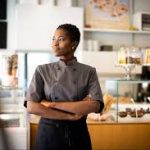 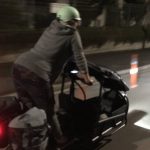