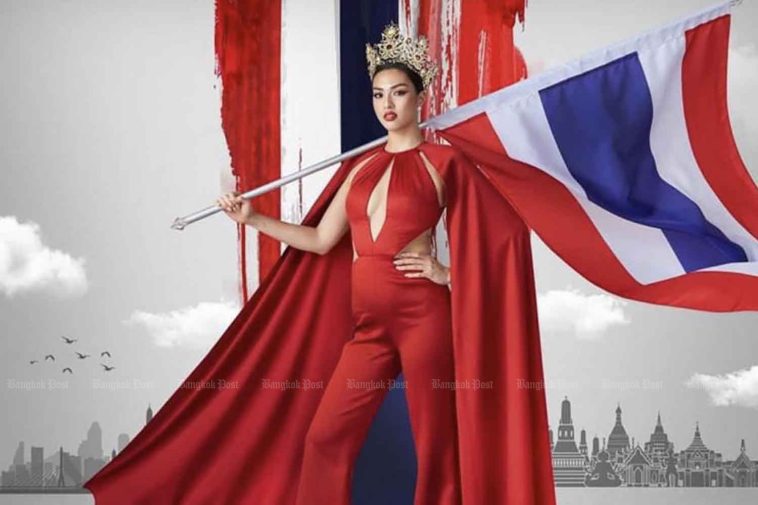 Miss Universe Thailand, Anchilee Scott-Kemmis, has had a report lodged against her for allegedly disrespecting the national flag after promoting sex appeal using a national symbol.

A staunch royalist, Sonthiya Sawasdee who was triggered by the flag abuse with a breast-baring sleeveless speedsuit, filed a police complaint against her at the Bangkok Metropolitan Police Bureau (MPB), reported Coconuts.

Sawasdee said that the Thai beauty queen’s inappropriate presentation of the flag in a photo while straddling the Chao Phraya River above the flag’s colours led viewers to relate the sacred symbol with her breast.

According to Bangkok Post, Sawasdee who’s a former member of the ruling, military-backed Phalang Pracharath Party, stated that he wants the MPB to examine the alleged flag abuse in order not to set a negative example for young people, as she has a strong fan following on social media.

The royalist doubted that the pageant may be uninformed that stepping on a national flag is considered offensive.

He was also concerned if she had received approval from the Prime Minister’s Office to use the image of the flag which was released in a promotional campaign before she competes in the 70th Miss Universe in Israel next month.

As per the law, individuals who disrespect flags and symbols can be punished under Section 118 with up to two years in prison and THB 4,000 (RM506.05) fine.

However, Sawasdee stated that he was not seeking any jail terms but was only aiming to safeguard the honour of the national flag. 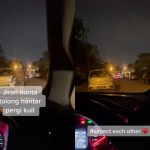 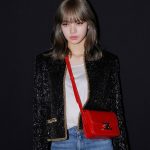