A student based in Los Angeles, U.S. is making moves to help Rohingyas in Los Angeles and Malaysia via a foundation that he started via his own initiative.

Aaron Lee – whose parents are both from Malaysia – only heard about the plight of displaced Rohingya peoples while a freshman at Flintridge Preparatory School in California.

At the time (in 2017), hundreds of thousands from the Rohingya community in Myanmar had been forcefully removed from their homes and had suffered mass killings at the hands of the country’s military government. Countless Rohingyas were then forced to flee and seek refuge in other countries, with Malaysia being one of them.

While he could only read about what was happening, Aaron did not expect that he’d soon go on to make significant impact in the lives of many of the Malaysia-based Rohingyas.

“I really only had an American’s perspective of the Rohingya crisis and refugee crisis. I thought there’s no way I’d be able to make an impact on this group halfway around the world,” he said to Nextshark.

But a desire to help others eventually saw Aaron travel to Malaysian alongside the ASEAN’s People Association of Los Angeles, and caused him to pay a visit to a large group of Rohingya refugees living there.

During his trip, he sought a better understanding of the needs of the Rohingyas, and managed to talk to a few political figures who were advocating for the rights of the Rohingya people in Malaysia.

Aaron mentioned that he was particularly inspired by former Malaysian prime minister Mahathir Mohamad when he openly queried the Myanmar government regarding their treatment of the Rohingya people during a United Nations assembly.

Aaron diligently wrote a report based on his findings, and even had it sent to the former prime minister – who thanked him for his effort, before deciding to take further action by going back to Malaysia for another visit.

“I wanted to go back because I don’t think the work that is needed can be accomplished in just a handful of trips,” he said. “It’s going to be an ongoing issue for a very long time, so I don’t see myself being done with this type of work anytime soon.”

In Malaysia once again, he met with Islamic Relief Malaysia to better understand what was needed and what exactly other organizations were doing to aid the Rohingyas. He then donated US$1,200 (RM5,000) in financial aid to the organization before paying a visit to the community-backed Rohingya Education Garden in Puchong.

Eventually, he decided to focus on helping the Rohingyas get access to better education.

“When I first started, I had this broad, vague approach of just wanting to help Rohingyas and do what I can for them,” he said. “And in some senses, I still feel that way.”

“But I think I’ve just started to focus more on the educational aspect of the Rohingyas and am trying to get them more access to education and resources like textbooks, technologies, and help them learn virtually.”

Despite his best intentions, however, the COVID-19 pandemic prevented Aaron from paying a visit to Malaysia in 2020. It was during this time that he decided to also look closer around him to see how he could still help the Rohingyas, and ended up with the decision to found his own charitable organization.

Calling his own group the Rohingya Aid Foundation (RAF), Aaron’s team has gone on on to partner with the Los Angeles Rohingya Association (LARA) to bring vaccine awareness to the Rohingya community based in Los Angeles. Additionally, they’ve also worked together to help Rohingya students get scholarships with private schools.

Despite focusing more on the Los Angeles Rohingyas, Aaron hasn’t forgotten the community in Malaysia, and has even used donations to send protective equipment back during the pandemic.

Aaron’s work has so far gone on to make quite an impact in Malaysia, allowing him to even met virtually with former prime minister Mahathir and discuss more about racial discrimination as well as the migrant crises happening globally.

To find out more about Aaron’s foundation, you can visit the RAF official website here. 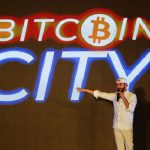 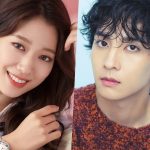