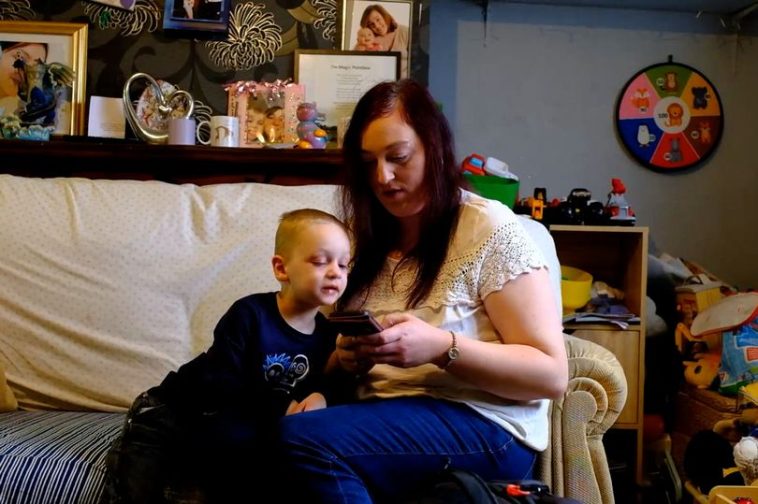 three-year-old boy helped save his mum after calling 999 when she fell down the stairs.

Thomas Boffey dialled the emergency number and climbed over the child gate to let police in when his mum Kayleigh Boffey, 33, was knocked unconscious.

The toddler dialled 999 just like he had seen on animated YouTube series Robocar POLI – about a cartoon police car, ambulance and a fire engine.

Mum-of-two Kayleigh was treated in hospital for knee, ankle, shoulder and hip injuries, but is now recovering at home in Rowley Regis, West Midlands.

She said: “He’s like a mini superhero and, especially for his age, it’s really amazing how he knew what to do and he understood and didn’t get scared.

“I want people to know what my son did and how important it is to learn kids what to do if anything happens in an emergency.”

Kayleigh and Thomas were alone in their house when he had a toilet accident at about 2pm on 12 November.

As the single mum-of-two went up the stairs to get him some clean clothes, she was overcome by stomach pain from her hernia and enlarged spleen.

Kayleigh said: “I remember shutting the stair gate, and the next minute I knew I woke up speaking to someone on the phone, and then the police were in the house.”

Thomas saw that his mother wasn’t responding, but he knew exactly what to do thanks to some educational ‘Robocar POLI’ YouTube videos.

The originally-Korean series tells the story of a cartoon police car, ambulance and a fire engine, and teaches children how to respond to an emergency.

Kayleigh added: “He climbed up onto my window sill in the living room to get my phone and he managed to phoned the operator.

“They couldn’t understand what he was on about but directed him to the police.” 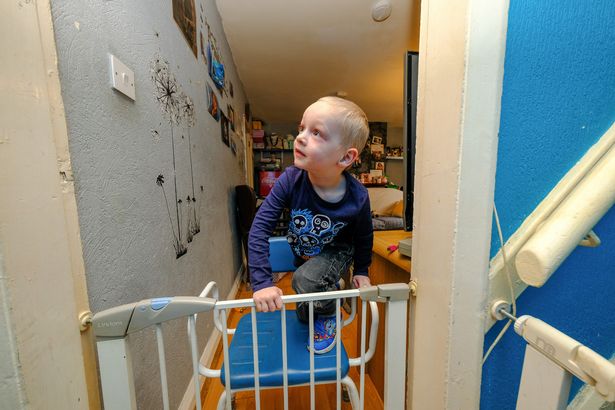 The mum was drifting in and out of consciousness, but can remember seeing her son trying to push the phone to her through the child gate.

She said: “My son managed to push a really heavy chair to the gate, manged to climb over, get the keys from off the push chair, put the right key in the door, turn it and open the door.

“I think he knew how to do it by copying me, I always tell him ‘this is the key to open the door’.

“The police said ‘can you open the door little man?’ and he managed to do it.

“The police came in and he said ‘Mummy won’t wake up’.”

Officers drove Thomas to stay with his great-grandmother Rita Waldron, 72, in the police car, and let him push the buttons and turn on the lights on the way.

Kayleigh was taken to Russells Hall Hospital to be X-rayed, and it was found she’d damaged her knee, ankle, shoulder and hip during the fall.

She is home recovering now with Thomas and daughter Ruby-May Boffey, nine, who was with Rita at the time of the fall.

He said: “The boy was clearly confused and worried…but he’d done brilliantly at such a young age to know that if you dial 999 we are here to help.

“Morgane built up a rapport with the boy, remained calm and offered him reassurance right up till the point officers and the ambulance arrived to take over.” 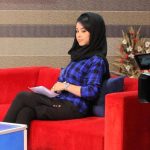