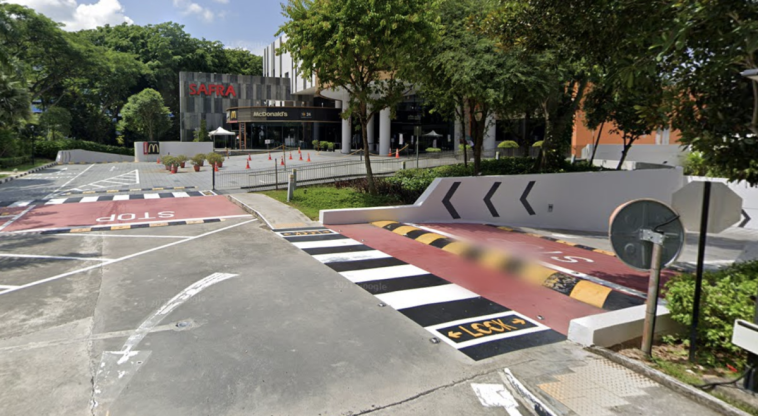 The death of a six-year-old boy who was pinned under a car earlier this year at a zebra crossing at the exit of of SAFRA Toa Payoh’s carpark was ruled by the State Coroner to be an unfortunate and tragic traffic misadventure.

The Japanese boy had been riding a kick scooter over a zebra crossing running across the SAFRA Toa Payoh basement carpark exit road when the car, driven by Chua Kok Siong, ran over him on 15 April.

The boy was pronounced dead on 20 April this year, at 11.18pm, after his parents decided to withdraw his care, based on the futility of treatment. The parents were informed that there was a high likelihood of irreversible brain injury and brain death.

Forensic findings certified his cause of death as multiple injuries consistent with being sustained from a road traffic accident. His heart was donated.

“This was a tragic loss of a young life. It falls, inevitably, on parents to be additionally vigilant with young children that they may be accompanying on the road especially in situations such as in the present case,” said State Coroner Adam Nakhoda in his findings, issued on Tuesday (16 November).

On 15 April, Chua had driven to SAFRA Toa Payoh to deliver wedding cards. After completing the delivery, he and another passenger decided to head out for lunch and Chua drove his car up the carpark exit road. He turned on windscreen wipers after observing that it was raining.

At around 2.30pm, the boy, his mother and two siblings, were heading to SAFRA Toa Payoh playground. The mother held her youngest son in her hands, while the deceased and his elder brother rode their kick scooters ahead of her on a pedestrian walkway.

The elder boy was in front of the deceased. As the elder brother approached the zebra crossing across the carpark road exit, he stopped for traffic.

Chua brought his car to an abrupt stop at the road hump before the zebra crossing, according to SC Nakhoda, who also based his findings on CCTV footage and in-car camera footage provided. The elder boy then rode his kick scooter over the zebra crossing.

Chua only moved his car forward about a second after the elder boy crossed. At the same time, the deceased rode his kick scooter towards the same zebra crossing but did not stop before entering the zebra crossing.

The boy appeared to have attempted to avoid colliding with the car by leaning or turning his kick scooter to the left. He leaned to the left before the collision, but appeared to slip and fall onto the road.

“I found that (the boy’s) forward momentum lead to him being unable to stop and resulted in the collision with the motorcar,” added the SC.

The car drove over the boy and his kick scooter and moved two car lengths from its original stationary position before stopping, with the kick scooter emerging from under the car’s rear right tyre.

The SC found it more likely that Chua stopped the car after seeing the boy’s mother running forward and gesturing, in addition to Chua feeling the impact and hearing its sound.

According to Chua, after he stopped, he alighted and saw the boy pinned under his car. He turned off his engine and used his vehicle jack lift to lift the vehicle, while another motorist used another vehicle jack lift for the same purpose.

In the meantime, Chua’s passenger called for an ambulance. Paramedics who arrived at the scene extracted the boy from under the car.

The boy was conveyed KK Women’s and Children’s Hospital but died five days later. The SC found that there was no foul play in his death. 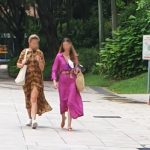 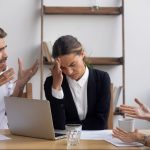