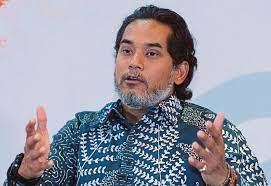 KUALA LUMPUR: Malaysia is ready to become a hub for Hepatitis C treatment in the region by offering a combination treatment of ravidasvir and sofosbuvir at affordable prices, says Health Minister Khairy Jamaluddin.

He said the new product for medical tourism was offered following Malaysia becoming the first country to be given conditional approval to offer treatment from the combination of the two drugs.

“We will market this treatment to travellers from abroad, and as it is a medium-term treatment of around three months, we expect a multiplier effect on the economy,” he said at a press conference in conjunction with the insigHT 2021 conference here on Tuesday (Nov 16).

He said the offer was also in line with the World Health Organisation’s (WHO) mission to reduce the spread of hepatitis virus infection by 90% and reduce deaths due to the virus by 65% by 2030.

He said the ministry would also identify hospitals that would be turned into premium hospitals to carry out the initiative.

Khairy said the medical tourism sector also had great potential to boost the economy which had generated revenue of around RM1.7 billion annually before the Covid-19 pandemic.

Meanwhile, Dr Noor Hisham said studies on the use of a combination of ravidasvir and sofosbuvir proved to be up to 97% effective in treating Hepatitis C with very low side effects.

“Previously, treatment that required a compulsory licence was only offered in public hospitals, now it can be done in private hospitals using a voluntary licence,” he said, adding that the Health Ministry was also in the midst of tracking down more than 400,000 Hepatitis C patients in the country. – Bernama 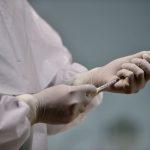