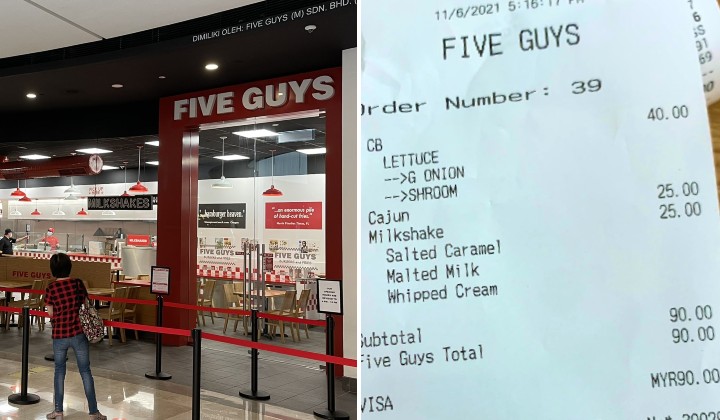 Five Guys Malaysia opened their first outlet in Malaysia on October 25th, just in time for the long weekend, as keen travelers journeyed up to Genting Highlands for an escape away from being stuck at home.

However, early birds excited to try to new burger store were in for a rude shock when they arrived and found that the restaurant was not even open. Over the weekend, the business advertised itself as being open at 10am. 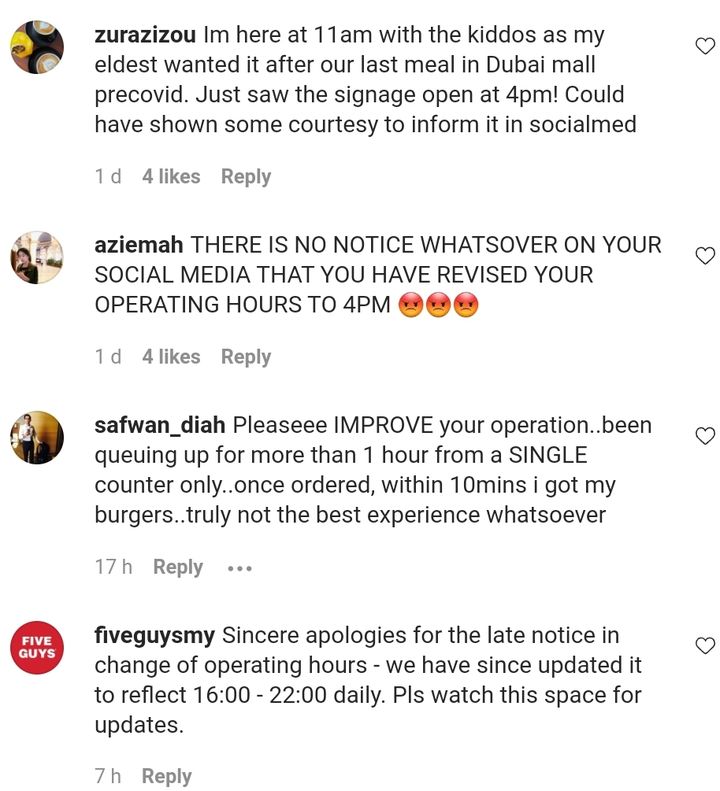 According to local Instagramer Pearl Tan, patrons didn’t receive a warm welcome at all. Instead, they were met by a flimsy handwritten note stating that the restaurant will open at 4pm instead of its 10am opening time.

She noted that it was a huge disappointment for her and her friends who took the special effort to drive up to Genting Highlands.

The fast food chain has since apologised and updated their business hours on their social media.

The Long Night Of… Waiting

For Malaysians who arrived in the late afternoon for the burgers, they still had to endure a long wait. The queue for the new burgers started before the restaurant opened its doors at 4pm.

Those who had the patience to wait in line for their chance to try the burger found that they either really enjoyed the experience or they found it a waste of time. 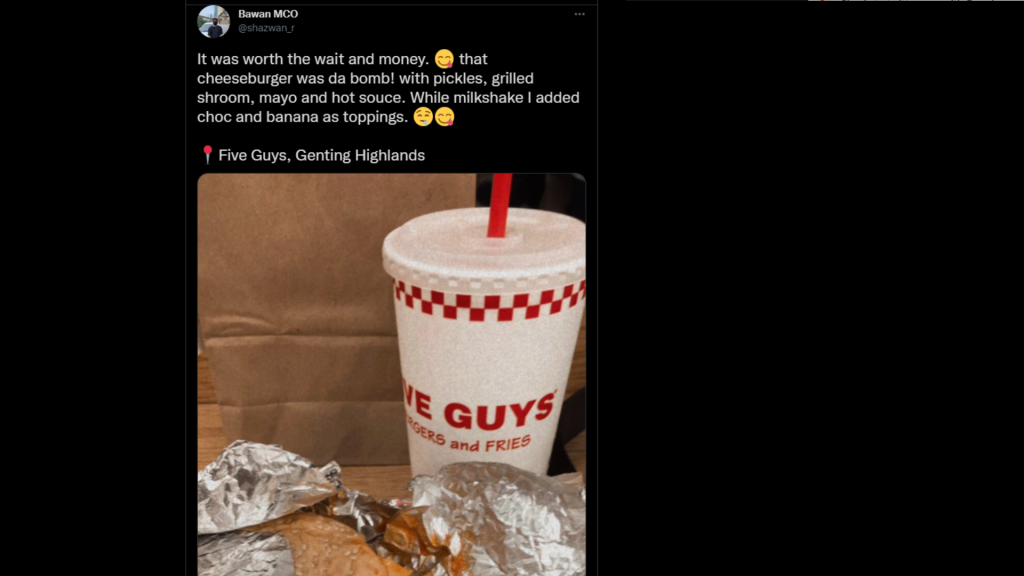 Some defended the burger chain, saying that the prices were posted on the menu to begin with. Some found the burger good enough to warrant the long wait. Others found that the food didn’t meet their expectations and would likely not return.

Azlyn, who visited the chain on the 6th of November, noted that while the burger was decent and the price point is understandable considering its location, she would only revisit if she happened to be in Genting Highlands again.

But I wouldn’t go out of my way to eat a burger there since there’s a lot of equally good local options too.

Some have argued that these inflated prices are to be expected considering that the chain is located in Genting Highlands, where prices are notoriously high, but others have suggested that this is simply another example of wage stagnation in the country.

Others cheekily mentioned that it may be best to support our own local homegrown burger restaurants instead, which are much more affordable and closer to home than Five Guys. 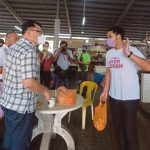