Controversial singer Wee Meng Chee, or famously known as Namewee, is moving to cyptocurrency. In his 8 min video posted yesterday, he said that he will be selling his songs and pictures as Non-Fungible Tokens (NFT).

FYI, NFT is a non-interchangeable unit of data that proves a person has ownership over a specific digital artwork, such as music, images, documents and many more – even GIFs! It’s like proof that you own the original Mona Lisa instead of illegal copied ones.

Namewee goes on to elaborate in depth how NFT works and how it advantages artists. “Even people who don’t appreciate art would use this to speculate the value of artworks to make a fortune.”

“Many people talk about Mona Lisa, The Last Supper … These are expensive paintings worth hundred of millions, painted using a cloth and a few colours, that are essentially only worth a few dollars … Why are they worth hundreds of millions? … It is due to speculations.”

Just like him, Namewee wants artists to sell their work on blockchain instead of the conventional market or online platform. Namewee wants us to fight against banks and agencies worldwide using the blockchain technology which according to him are taking part of the money we make. Namewee also took this opportunity to inform us about his new song titled “Go NFT” which he believes is the world’s first song on NFT. Now for the wowzer – Namewee sold out his first batch of NFT song and photos within 3 hours and raked RM3.5 million in virtual currency. He says he has become an overnight millionaire.

The video has since garnered over 480,000 views. Watch the full video here: 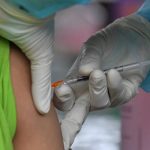