Just yesterday (8 November), it was revealed that the High Court had rejected the government’s application to forfeit assets belonging to Najib, his family and several other parties.

Meanwhile in a development today, the prosecution in Najib’s 1MDB corruption trial likened the company’s operations to a “coffee shop in Petaling Street”. According to The Edge Markets, Senior Deputy Public Prosecutor Datuk Seri Gopal Sri Ram made the remark in objecting to the line of questioning by the defence in its cross-examination of former 1MDB Chief Executive Mohd Hazem Abdul Rahman, who has been on the witness stand since 14 September last year.

“It appears that 1MDB’s finances were run like a Chinese coffee shop on Petaling Street.”

“Our case is that these people (1MDB staff) acted on Jho Low’s instruction and Jho Low was the accused’s (Najib) alter ego,” he added, referring to fugitive businessman Low Taek Jho. Netizens amused and insulted at comparison

The comment by Sri Ram made headlines everywhere and blew up over on social media. It has even led to the phrases “Petaling Street”  and “1MDB” to trend on Twitter, with many users commenting on how the comparison is inaccurate and ridiculous. “Cant’ say the same about 1MDB though.”

Another said, “I see this as a compliment as most Chinese coffeeshops are profitable and they pay taxes.” 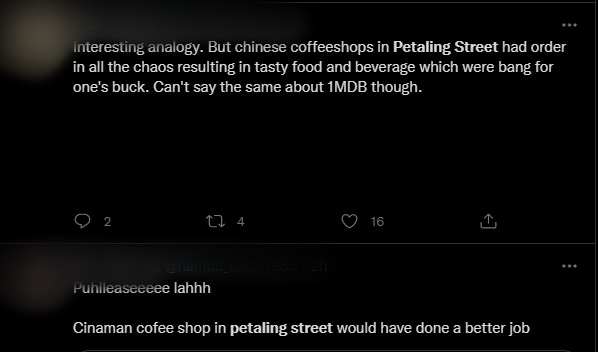 One commenter said, “Wrong analogy. Whether it be a Chinese coffeeshop or a mamak, they run it profitably with true integrity and honesty.”

“Anyone can eat and get full at a kopitiam. At 1MDB, only the corrupt gets full.”

“That’s an unfair comparison,” they added. 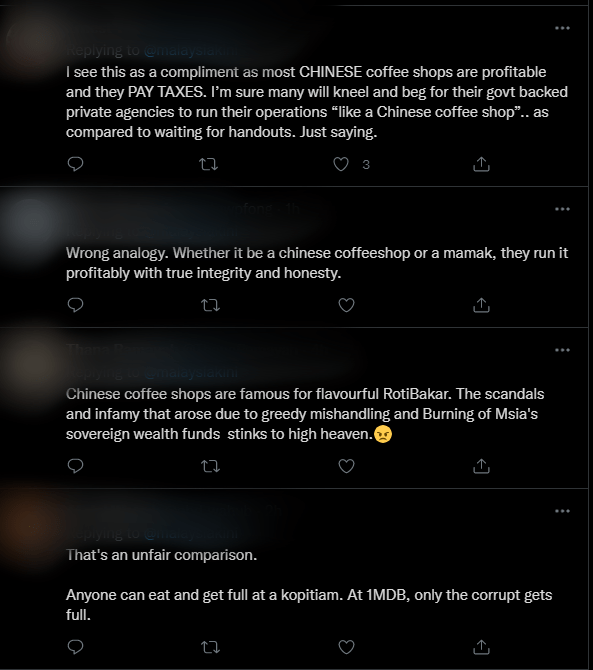 Do you agree with the analogy? Let us know in the comments. 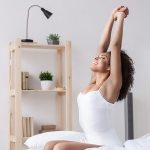