Just last week, former Prime Minister and the chairperson of Majilis Pemulihan Negara (MPN), Tan Sri Muhyiddin Yassin had announced that Malaysia may reopen its borders to travellers from selected countries soon without the need to undergo quarantine.

Now, Malaysian Tourism Minister, Nancy Shukri, says they plan to reopen the country to international travellers in November, in hopes that our neighbour, Singapore will be among the first.

“We are open to Singapore as long as they are open to us as well,” Nancy said, while also revealing that she will meet with the Singaporean officials next week to discuss on the cross border travel. Nancy is also convinced and enthusiastic that the arrangements with Singapore will be worked out by November, as reported by CNBC.

Additionally, Nancy also stated that Malaysia’s tourism ministry had proposed to the government to allow fully vaccinated international visitors into the island resort of Langkawi starting next month. Neighbouring countries like Singapore, Thailand, and Indonesia have also partially opened reopened their borders and eased some border restrictions to international visitors.

“We are sure that the government will agree with our proposal, and we don’t want to be left behind,” she added, while ensuring that the Tourism Ministry are observing what the other countries do and see what they can do to fit in.

Despite the potentially good news, she also urged the people to not forget that the Covid-19 virus is still spreading and everyone should remain cautious while moving around the country. As of now, Singapore has opened its border to fully vaccinated from certain countries but not Malaysia. We would like to remind everyone that SOPs should be adhered under any circumstances to prevent the country from falling into another wave of outbreaks. 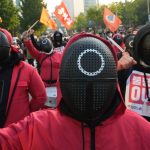