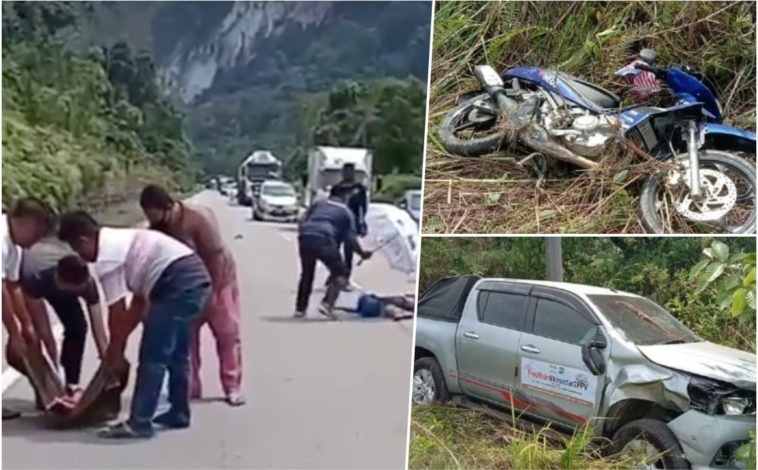 An Orang Asli man and his son were killed when the motorcycle they were riding on collided with a four-wheel-drive (4WD) vehicle at KM22 of Jalan Gua Musang-Kuala Krai here, this afternoon.

The incident also resulted in the injury of another four-year-old Orang Asli whose identity is not yet determined, while a passenger onboard the 4WD was also injured, with the driver and another passenger of the vehicle escaping unhurt.

District police chief Supt Sik Choon Foo said the incident was believed to have occurred at 2.15 pm, when the victims, identified as Jeli Udang, 34, his son Amir, 12, and the four-year-old child were heading from Gua Musang to Kuala Krai.

The motorcycle rider suddenly made a U-turn entering the opposite lane, and collided with the Toyota Hilux 4WD.

“The impact of the incident caused both the victim’s motorcycle and the 4WD to skid into the bushes by the roadside. The three family members (on the motorcycle) fell onto the road, where Jeli and Amir died at the scene due to severe head injuries,” he said in a statement, today.

Sik said the child who survived was taken to the Sultan Ismail Petra Hospital in Kuala Krai.

The passenger of the 4WD vehicle, Siti Nor Nadia Amran, 27, who was injured at the waist received treatment at the Gua Musang Hospital (HGM).

“The bodies of Jeli and Amir have been sent to the HGM forensic division for autopsy. The case is being investigated in accordance with Section 41 (1) of the Road Transport Act 1987,” he said. 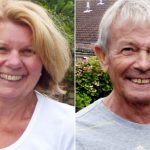 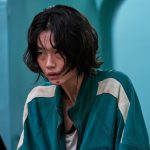