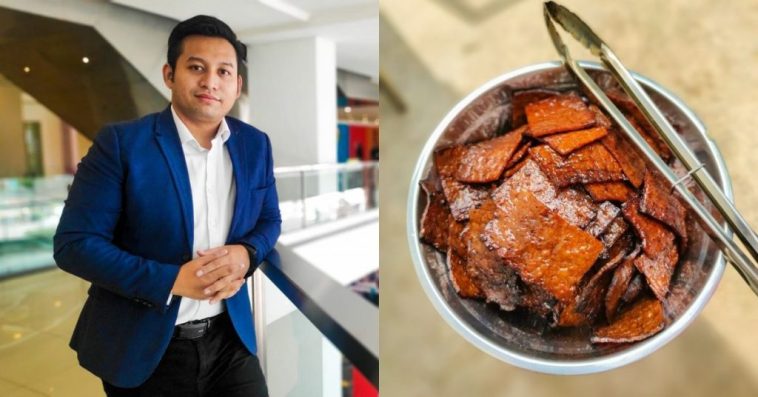 Bakkwa, the popular sweet and salty Chinese dried meat snack is often made from pork, and therefore non-halal. But it’s recently become common to find brands (usually in the form of roadside stalls) also offering chicken and beef variations of the jerky.

So why did Firdaus of Dendeng Bakar Cik Midah (DBCM) choose to sell something similar? Well, not quite, he told Vulcan Post.

“I believe there are competitors out there who sell halal jerky which is much more similar to the real one because most of them are Chinese Muslim, but I [wanted] to do something different: to combine the 2 different cultures of Chinese and Malay in my dendeng bakar.”

He further explained, “I would say [our product] is a combination of Chinese bakkwa and Singaporean dendeng. It is not too sweet and jerky-like bakkwa, but we do have our Madu Tualang Honey flavour for sweeter meat. The meat is softer (because Malays like soft meat) and we use traditional methods in the smoking process.”

The base recipe for DBCM’s products comes from his mother, whom the business is also named after.

Firdaus is actually a photographer and videographer who owns multiple photography studios in PJ and Cheras under the brand WS Studio Rental. Amidst the 2020 MCO though, one of his studios, which also happened to be the company’s HQ in Belakong, Cheras was robbed, and over RM100K was lost.

Though they were left with 3 more locations, lights were left shut during the lockdown. To keep the business alive, its headquarters was sold off and at least 10 employees had to be let go.

In May 2020, Firdaus thought of coming up with a backup business in the F&B sector, since he had experience in hospitality. He recalled his frequent business travels to China, where the accessibility of bakkwa was plentiful in convenience stores and MRT stations. Though he could never eat them, they inspired him to create a “halal” version for Muslims.

Between May to November 2020, he conducted R&D in his small condo. He explained that it was no easy task because it was hard to find proper substitutes for non-halal ingredients while ensuring they appealed to his Malay target market.

Working out of his condo eventually became an issue when he realised using wood fire was a better method than using an oven. So he moved into his parents-in-law’s landed home to create dendeng using a wood fire grill. However, the process was extremely smokey and once neighbours began complaining, and he knew he had to find an alternative location.

Despite applying for the necessary permits from state and district authorities to set up a roadside stall, his requests were unfortunately denied. By December 2020, Firdaus decided to set up a small stall in a Kajang food court to finally launch the business on New Year’s Day in 2021.

As sales grew online via DBCM’s social media, it collected enough funds to move into a small factory in Seri Kembangan and hire 6 more hands on deck for admin tasks, graphic design, and a kitchen crew.

“At the moment we can produce up to 20-30kg [of dendeng bakar] per day. We are trying to aim for [producing] 100kg per day by the end of the year, but due to lack of budget to add on more machines, we have to take one step at a time,” Firdaus said.

Today, its chicken, lamb, beef, rabbit, and duck products can be purchased at RM23-RM47 for 200 grams on its official Shopee store.

So far, Firdaus reported that DBCM has sold over 5,000 packets since launching. While some are sold directly to customers, businesses and restaurants have also taken interest in stocking their products to resell. Corporate clients have ordered the products as festive gifts for customers too.

The dropshippers selling DBCM’s dendeng bakar under a different brand may not benefit its market recognition or brand presence, but it’s still a contributor of revenue. As long as its products can keep being sold in bulk to resellers, DBCM is provided with a steady income stream.

In any case, it appears that having a brand presence isn’t so much of a goal for the company, as Firdaus is open to partnering with more resellers. “We are planning to be the manufacturer for any business owner out there who is interested in rebranding our dendeng bakar. We want to be like Fuji Bakery,” he stated.

Did you know: Fuji Bakery is a manufacturer of baked goods in Malaysia supplying cakes, bread, and pastries to hypermarkets and convenience stores in the country.

“As long as we can play with bulk, we can reduce the shipping cost,” Firdaus said.

Additionally, resellers may also have a better knack for marketing that can help educate the public about DBCM’s dendeng bakar which contains no pork. Firdaus shared that one of his biggest challenges is convincing a sceptical market that is afraid to try their products as they look like traditional pork bakkwa.

Apart from resellers, DBCM’s team is planning to open a kiosk franchise, similar to Sisters’ Crispy Popiah and Hot & Roll to set up a physical presence.

DBCM currently brands itself as a Muslim product, however, it has yet to attain a halal certificate to fully curb the doubts of potential customers. If the brand were to pursue the certification, it would be able to convince would-be customers much easier, considering the massive Muslim market in Malaysia.

While Firdaus’ focus is currently on the dendeng bakar business, he’s still holding out hope that WS Studio Rental can reopen once the pandemic is less severe. 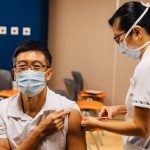 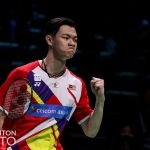