Netflix‘s Top 10 is a new feature that highlights the most popular movies and shows on the platform in real time. Right now, the 10 most watched titles on Netflix are an eclectic mix of originals, reality shows, sitcoms, and documentaries. You’ve probably heard of popular series like Midnight Mass and Squid Game, so their ranking on the Top 10 list today won’t surprise you.

But the Netflix Top 10 feature also reliably surfaces trending titles before the hype hits. Keep an eye on today’s Top 10 most popular movies and shows. They’re popular for a reason, and whether you’re looking for a mind-numbing escape or an educational deep-dive, you’ll probably find your next favorite binge through this list. We’ve reviewed today’s Top 10 so you can choose what to watch on Netflix wisely.

In this Netflix original game show, a group of people with money troubles play kids’ games for a boatload of money, but with deadly consequences for those who lose.

This bone-chilling series from The Haunting of Hill House creator Mike Flanagan centers on an isolated island town that is dying from the inside out. But when a young priest named Father Paul arrives to serve the congregation and surrounding town, what would have once been considered a miracle starts to become commonplace. And the more time Father Paul spends with the congregation, the more “miracles” happen. But as religious fervor takes over the island, the citizens must shake off the persuasive fog and determine whether these miracles are real; and if they are real, whether or not they are worth the price.

Melissa McCarthy dips into dramedy with The Starling, which follows a woman who forms a strange relationship with a bird. (Hence the title: “The Starling”) After Lilly suffers a major loss, she battles with this territorial little bird to take control over her garden. Trying to compute her grief and have the courage to heal her relationships, Lilly’s capacity for love is challenged.

Frieda Pinto stars as a woman who moves out of the big city and into an amazing new house in a small town with her husband, but their lives take a turn for the worst when a home invasion ends in a death. And THEN the truly predictable stuff begins to happen! If you haven’t predicted what happens at the halfway point, then congratulations on watching your first movie ever. 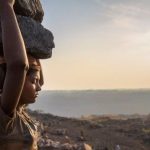 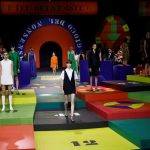