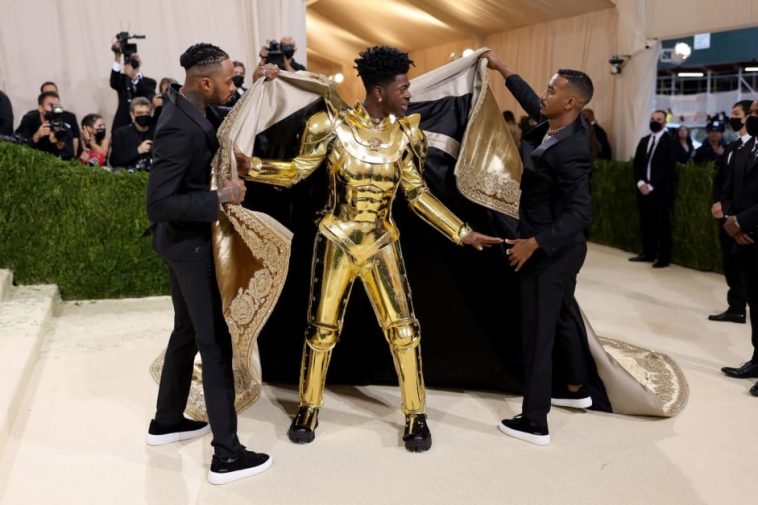 The theme at the 2021 Met Gala was “American Independence” or “In America” and, that was exactly what we got.

Some celebrities wore thoughtful and creative ensembles with deep symbolism and meaning, such as National Youth Poet Laureate Amanda Gorman’s blue gown and headpiece inspired by Statue of Liberty. There were political statements, including Rep. Alexandra Ocasio-Cortez’s white dress with “tax the rich” scrawled in red on the back. Actor Dan Levy showed off an outfit that was a map of the world with two men kissing on the front. Megan Fox explained her dress fit the theme because she’s American, and she was wearing it.

Then there was Nicki Minaj, regularly a staple of the gala, who refused to show up because the event required vaccinations. (Attendees, who can also provide a negative coronavirus test, also have to wear masks indoors.)

The annual spectacle of celebrity and fashion — and also a fundraiser for the Metropolitan Museum of Art Costume Institute — lit up social media Monday night, as expected. (Although Minaj’s follow-up tweet about her cousin’s friend seemed to generate just as much chatter.) Here are some of the highlights and best looks: 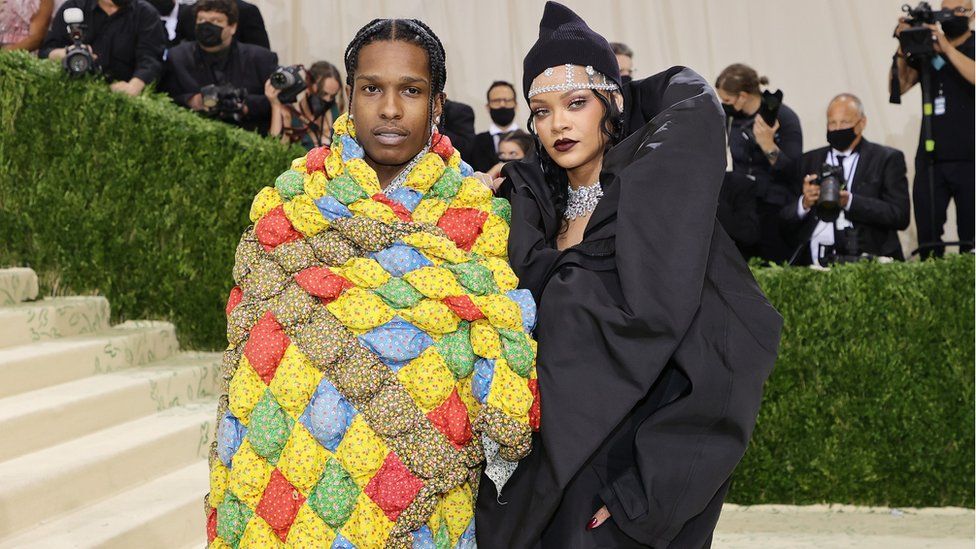 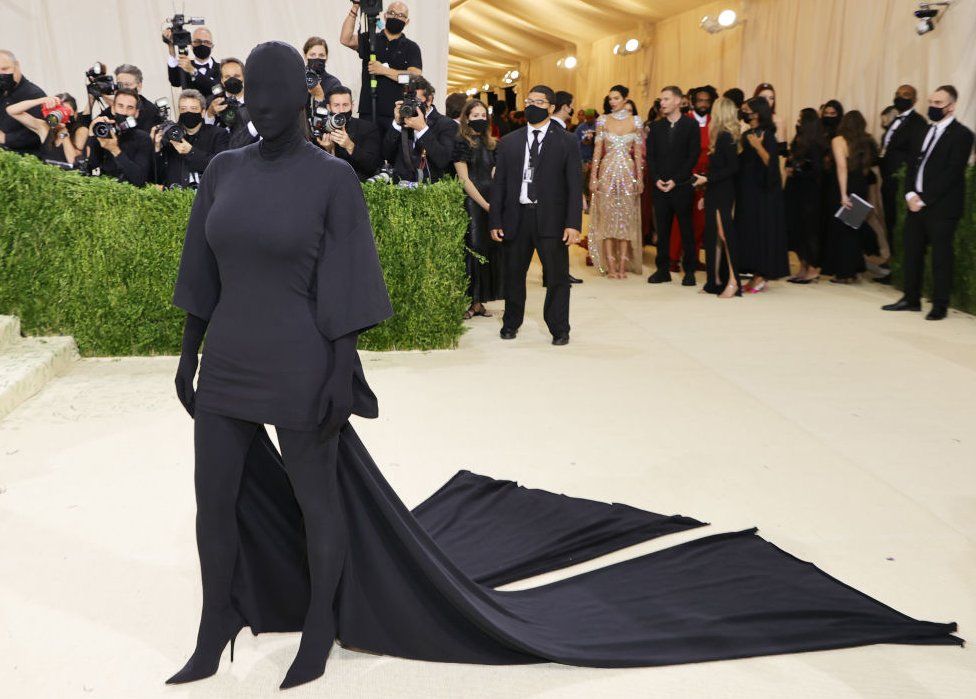 …which he shed for a sequined bodysuit 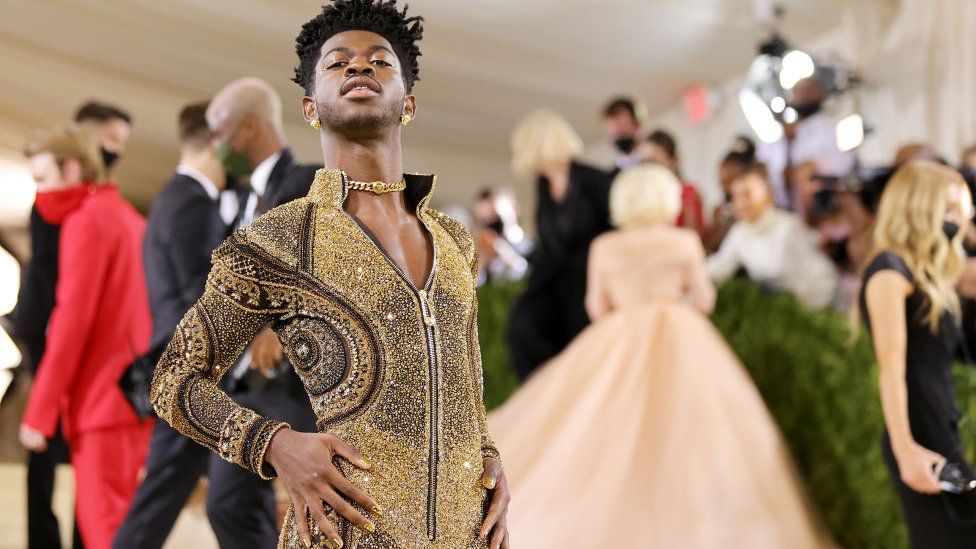 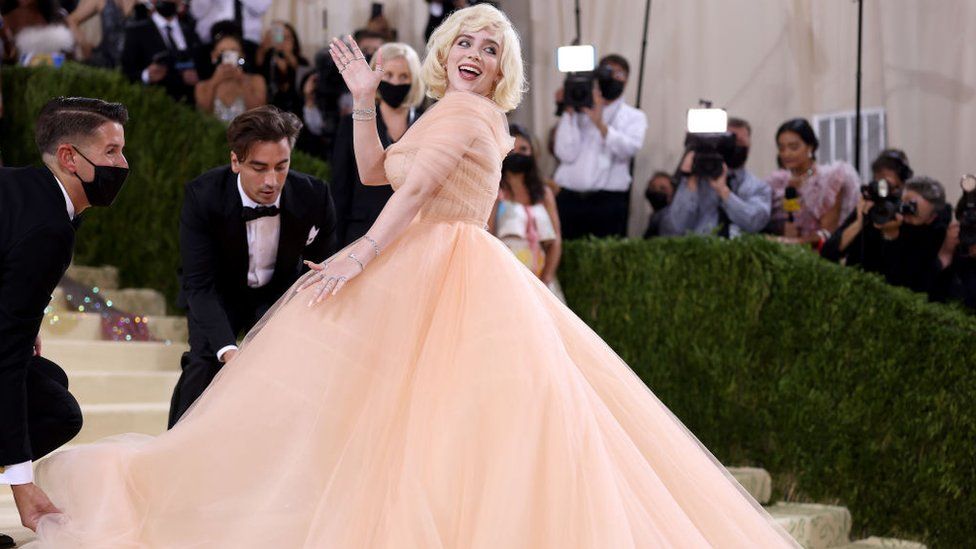 Jennifer Lopez hit the Met Museum steps wearing a custom Ralph Lauren outfit, which channeled the spirit of the Wild West. Donning a faux fur stole, she opted for a deep brown dress embellished with crystal drops, braided silk and leather trims — topped off with a cowboy hat to complete the look. 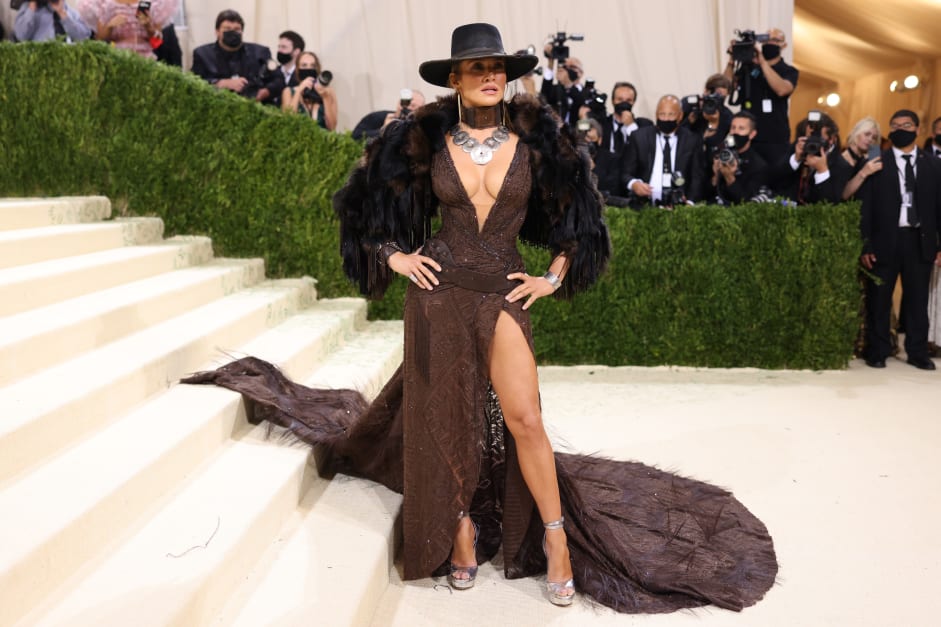 Tennis star Naomi Osaka said her outfit was inspired by her Japanese, Haitian and American roots. 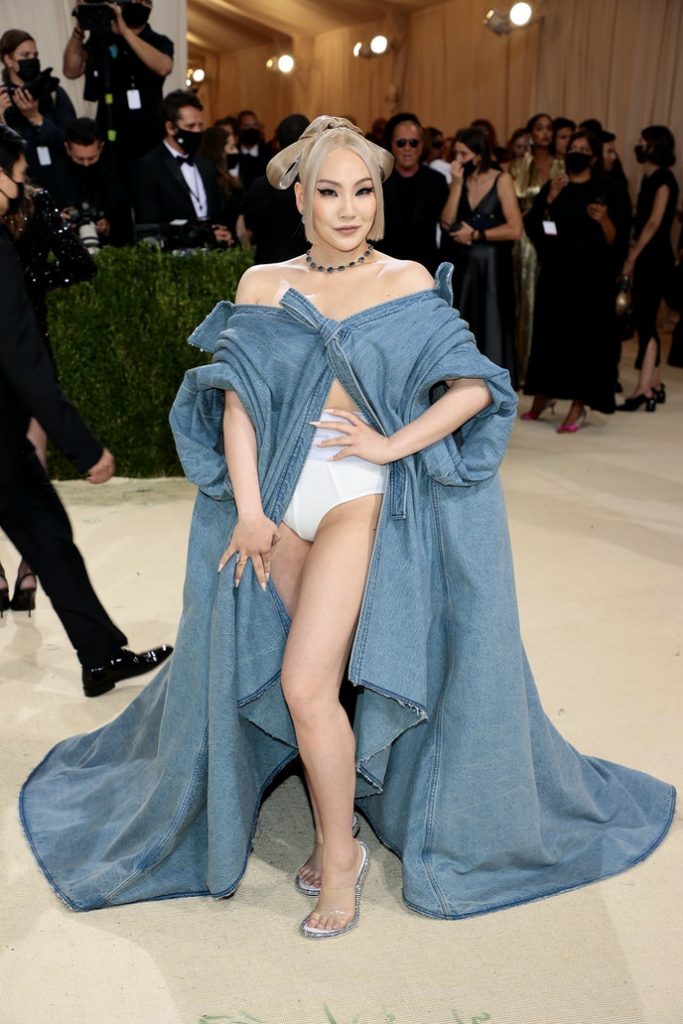 Frank Ocean debuted lime green locks at the event, wearing a black Prada outfit and a necklace from his upcoming jewelry line Homer. He was accompanied by a robotic friend, dressed in a patterned tracksuit, that moved during interviews. 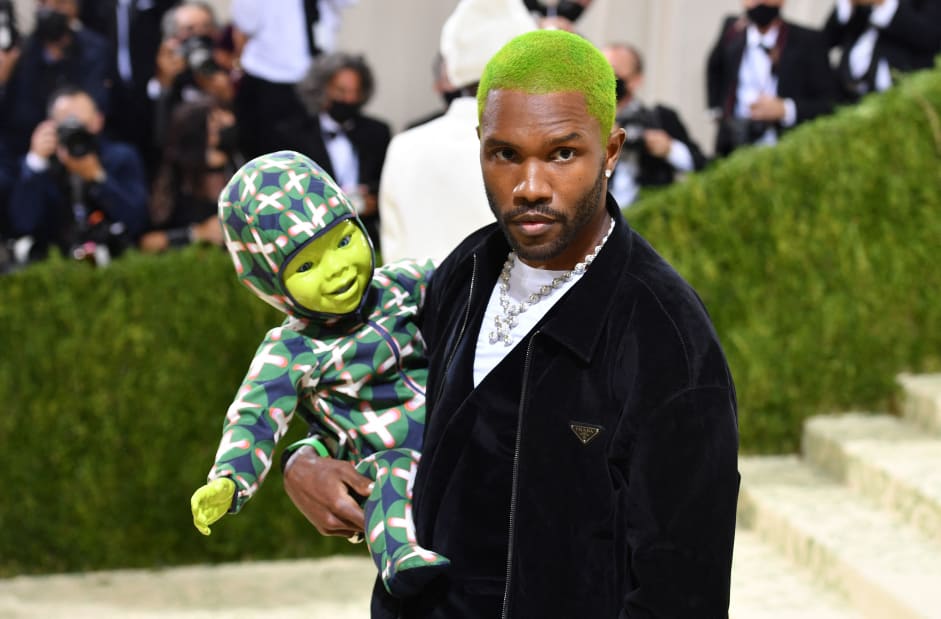 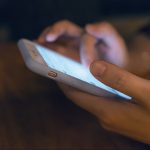