Imagine dating your high school sweetheart for eight years and finally getting married?

That’s the story of Yeefon Koh and Jia Ning!

In a post that has since gone viral, Koh shared about their eight-year-long love story which recently ended up with them tying the knot.

The long Facebook post that was shared on Saturday, 4 September, garnered 41,000 likes and 20,000 shares at the time of writing.

Their story began when Koh transferred to Jia Ning’s high school and ended up in the same volleyball team as her.

Koh said he thought she was beautiful the moment they first met, but he did not speak to her as he thought Jia Ning was “cold”. In addition, Jia Ning was already in a relationship at that time.

“I remember the school bell going off one day and in that sea of people, I saw you and called out to you. You looked back and smiled at me. I didn’t care if it was childish or immature at that time, my heart moved at that moment,” Koh recalled.

“I smiled back. It was love at first sight.”

Jia Ning and Yeefon Koh in school, when they were still friends. 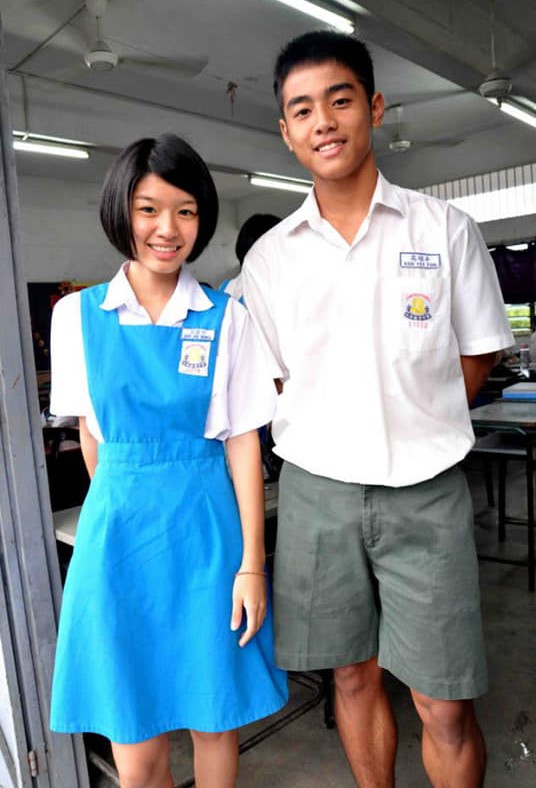 Koh said Jia Ning was his motivation to attend every volleyball practice and by the end of that year, everyone on the team knew of Koh’s feelings except for Jia Ning

Their volleyball team used to go to the movies and Koh said that he would often sit together with Jia Ning.

“I was so happy, enjoying the silence of handing you the popcorn, and the others watching us with joy,” Koh said.

But knowing Jia Ning’s relationship status at that time, Koh decided to give up and stayed out of contact for a while.

His luck turned when his friends informed him that Jia Ning had later broken up. Koh did not react to it immediately, instead, he only confessed to her months later.

Jia Ning, who also had a secret crush on Koh at that time, reciprocated, thus marking the start of their relationship! 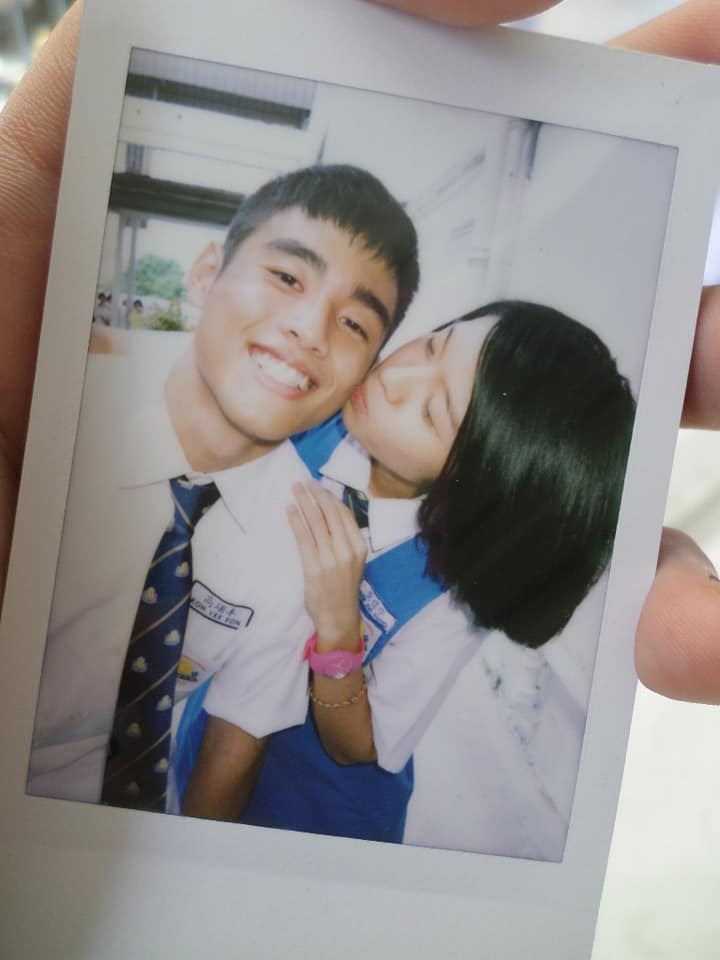 Yeefon Koh and Jia Ning during high school, after getting into a relationship.

The lovebirds spent every day doing everything together, even though they were in different classes.

So, after finishing their Sijil Pelajaran Malaysia (SPM) exams, Koh gave up taking up the course he wanted and enrolled in Jia Ning’s university of choice.

Koh, who loved mathematics, ended up taking accounting — a subject that he hated the most — just so they could be in the same university.

“You chose to study in Universiti Tunku Abdul Rahman (UTAR), so I gave up the course I wanted to get into UTAR with you, because I know we would break up within half a year if we were in a long distance relationship,” Koh said.

Throughout their university life, they stuck together through thick and thin, making lots of memories.

Koh recalls the times they did not have much money and had to squeeze together on a single bed in the small room they rented. He also recalls their fights when they were busy.

But nevertheless, their love prevailed because when it came to their internship period, Koh gave up the chance to get into better companies to stay in Kampar with Jia Ning.

“Even though it’s boring and the work is simple, the happiest moment for me is going back to the dormitory after work and watch you wandering around,” he said. 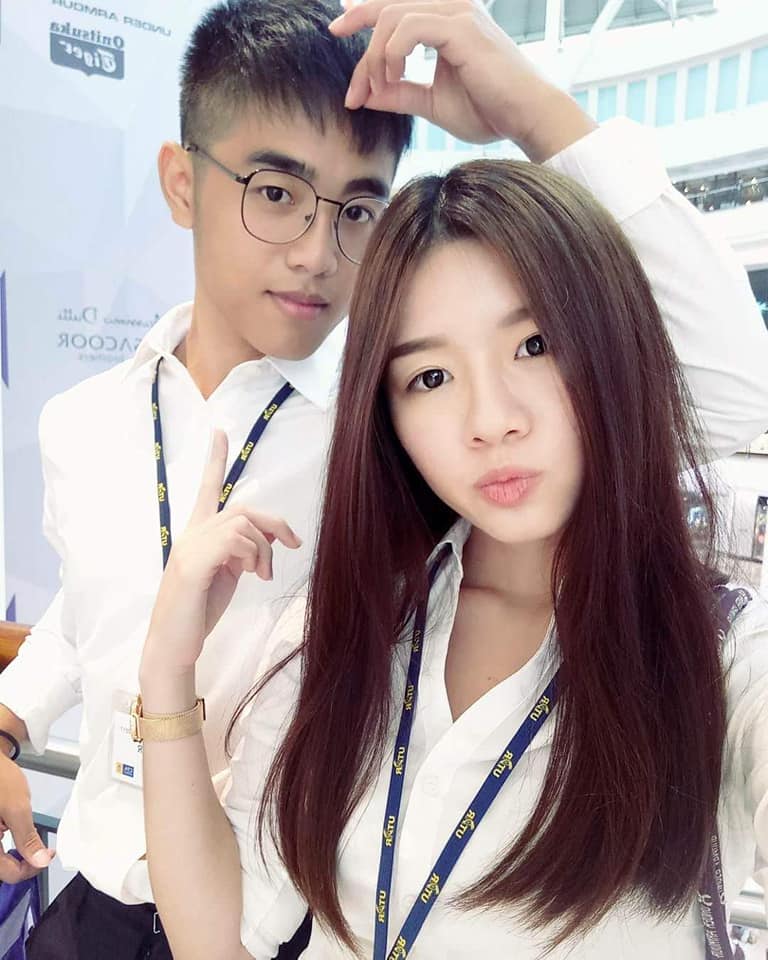 Yeefon Koh and Jia Ning during their university days.

“I remember I said ‘If we can spend years of college living together, then I’m sure you’re The One’,” Koh added.

“The day when we wore graduation gowns and took pictures together, I knew you were the one, the one who would be wearing the wedding dress too.”

To show their commitment to each other, they also got “couple tattoos”, which was designed by Jia Ning herself.

Koh decided to do it on their anniversary even though he was not a big fan of tattoos because he knows how much it would mean to Jia Ning, who loves tattoos.

The tattoo — an ordinary human hand clasping a skeleton hand — means “Love even when you die, until you die” according to Jia Ning.

Their love definitely showed when their work-life journey started as Koh gave up his accounting career path and decided to take time for himself, leaving behind the opportunity to earn a stable and good salary.

They stuck together through it and eventually started an online business together. Jia Ning even left her full-time job to concentrate on the growing business. 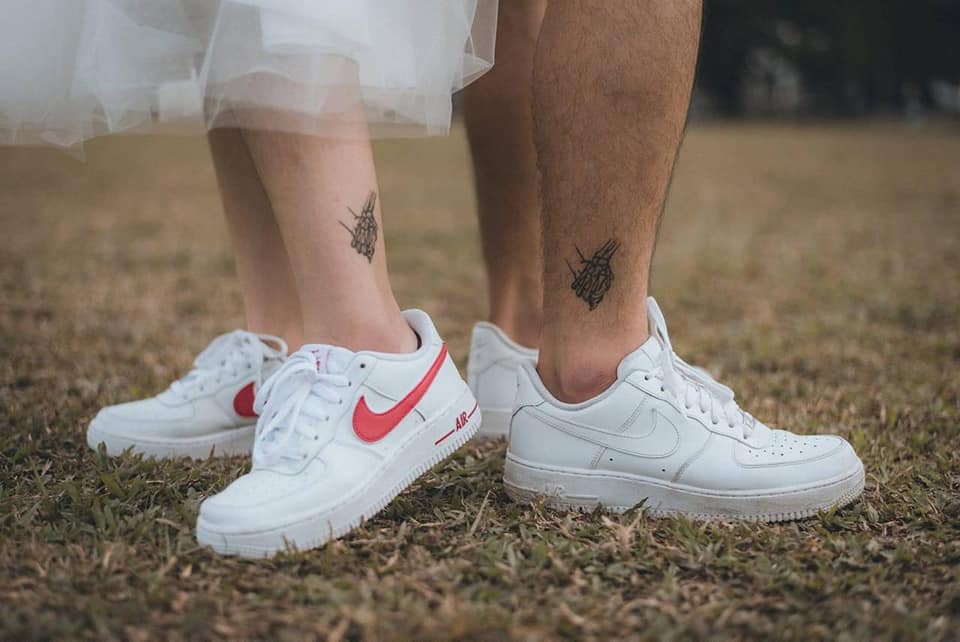 However, the couple met with another hurdle when Jia Ning was admitted to the hospital due to the side effects of painkillers which affected her stomach and kidney

Koh accompanied her the whole time while she was in the hospital, watching her recover from the sickness.

“I also slept by the hospital bed the whole time and didn’t step out of the hospital,” Koh said.

When Jia Ning was discharged, she told Koh about the message that she received from her mother, “Grandma said Yeefon treats you well, you can marry him.”

“We were so happy at that time,” Koh shared.

Jia Ning then asked Koh for a simple proposal, catching him off guard.

“I never thought my proposal will be in the hospital, so simple, so unprepared,” Koh said. But Jia Ning said ‘Yes’, and all that mattered was they were happy at that moment, he added.

“No fancy preparation, neon lights, and camera glow. Just you and me, only the truest love,” he shared. 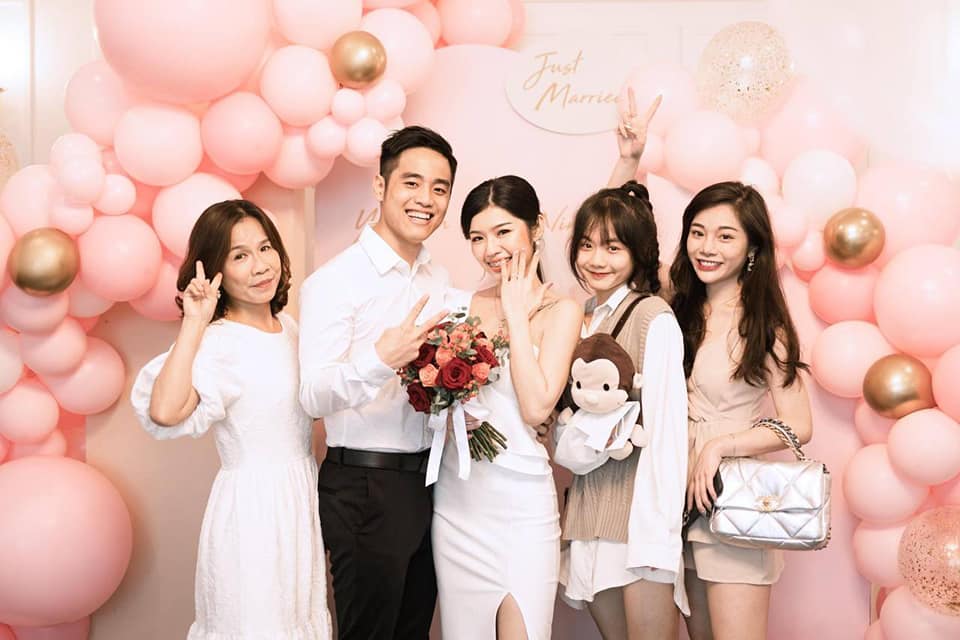 Koh said these eight years of relationship has not been easy, but what made their relationship successful was bearing with the person as well as showing love through actions and not only words

“Our love is not only based on mutual understanding, companionship, and mutual tolerance, it is also based on countless nights of fighting,” Koh shared.

The couple got married on 4 May 2021 in an intimate wedding attended by their close relatives and friends.

This article originally appeared on Says 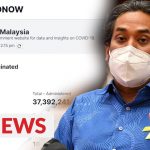 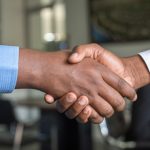