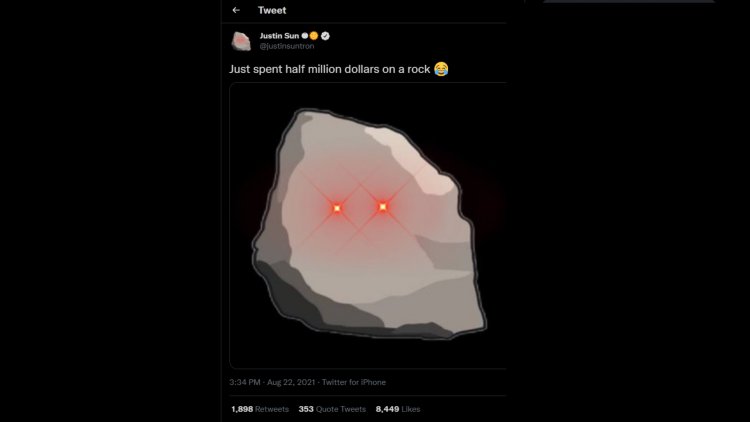 Clip art of a rock just sold for 400 ether, or about $1.3 million, late Monday afternoon. The transaction marks the latest sale of EtherRock, a brand of crypto collectible that’s been around since 2017 – making it one of the oldest non-fungible tokens (NFTs) on the block.

EtherRock is, as the name implies, a JPEG of a cartoon rock, built and sold on the ethereum blockchain. There are only 100 out there, and that scarcity is part of what’s driving up its value.

So, what are these rock pics good for? According to the EtherRock website, “These virtual rocks serve NO PURPOSE beyond being able to be brought and sold, and giving you a strong sense of pride in being an owner of 1 of the only 100 rocks in the game :)” 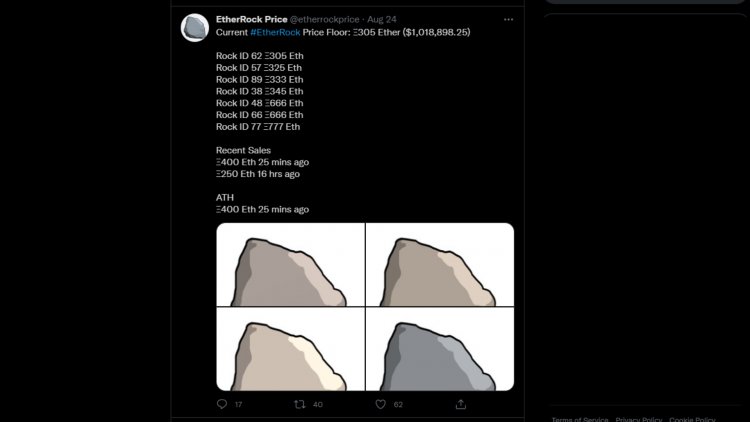 The run-up in sales price coincides with a wider surge in NFTs, which are blockchain-based tokens signifying ownership of a digital asset. For example, some people are buying digital images of apes and changing their Twitter images to signify membership in the Bored Ape Yacht Club.

Following a dip in demand this spring, the overall NFT market staged a massive comeback, starting at the end of June.

For instance, NFT marketplace OpenSea surpassed $1 billion in monthly trading volume in August, according to data compiled by The Block, up 286% from July.

Even Visa has jumped into the NFT craze. The payments processor announced Monday that it had spent $150,000 in ether on a “CryptoPunk” – one of thousands of NFT-based digital avatars.

“Visa’s CryptoPunk purchase is another example of a Fortune 500 racing to incorporate NFTs into their marketing strategy,” said Scott Spiegel, co-founder at BitBasel, a Miami-based blockchain start-up. “Brands such as Taco Bell, Pizza Hut, and Pringles have released NFTs of their own, but Visa’s purchase marks the largest investment in the space to date.” 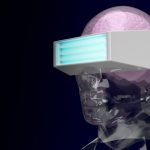 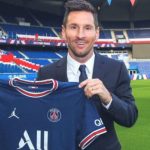