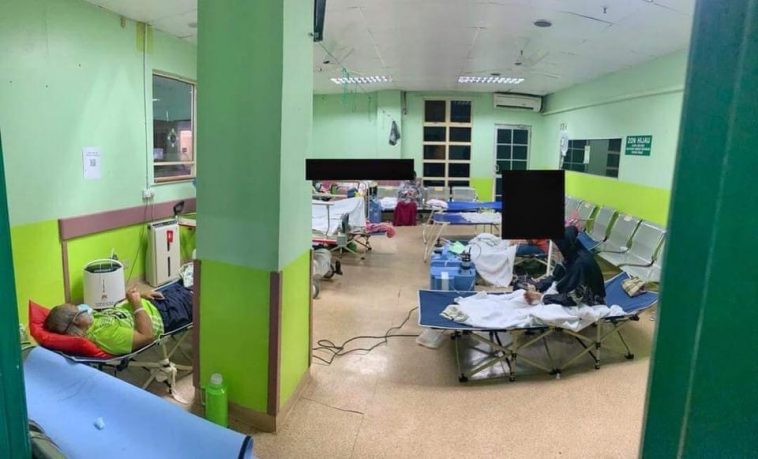 Sabah’s surge of new Covid-19 cases has led experts to suggest that another crisis may hit the state with hospitals already unable to cope with the staggering numbers of patients, and some wards tripling their normal capacity.

Hospital sources told Malay Mail that the lack of sufficient intensive care unit (ICU) beds and equipment have forced doctors to prioritise who gets the limited number of ventilators.

“The standing order is to prioritise younger patients. Sometimes we have someone in their 60s come in with no previous major health problems versus a patient in their 30s… and we have to choose, even if the 60-year-old has a good chance of recovery.

“We have no choice. Resources are limited and we are forced to make decisions like these. It’s heartbreaking to have to tell the patient’s families that there is nothing much we can do,” said a doctor working at the Queen Elizabeth Hospital who spoke to Malay Mail on the condition of anonymity.

Another doctor said that they regularly have to turn away patients from other districts who need help because all wards are full.

“We sometimes get referrals from hospitals in nearby districts but we have to turn away patients or withhold their transfer. These are patients who are currently being hospitalised in district hospitals but now require specialised care which only we can provide,” he said.

“But even though we are at maximum capacity, we will still try to find whatever tiny space to cram people in and give them oxygen support. We have patients sitting in corridors with oxygen tanks.

“The emergency department ICU cubicles are meant for one patient each but we have crammed three patients in. There are camp beds everywhere, literally, any space we can use,” she said.

Official figures from the Ministry of Health say that there are 145 ICU beds designated to Covid-19 patients. ICU patient figures from the ministry regularly exceed the number of beds available – last week, the state averaged 206 ICU cases per day, peaking at 272 on August 27.

However, according to data, hospitalisation and ventilator use are nearing capacity, with the state government insisting it is still manageable, with enough ventilators for everyone who needs them.

Out of some 1,571 Covid-designated beds, roughly 85 per cent have been taken up all over the state.

But doctors and frontliners say this is not the case and Covid wards in the major district hospitals are overflowing with patients.

“So many patients are still waiting to be admitted. There is a huge backlog for the ED.

“Some even remain in ED for more than five days for bed availability in ward. Every time my nurses call the ward for admission, their response is always ‘ward full, call back later’,” said one doctor.

“If they do have enough ventilators, then we wouldn’t have to constantly make decisions on who gets ventilators, based on age group.

“Some patients really should be brought in for close observation or care, but there’s just no space in hospitals or PKRCs,” said one of the doctors, referring to the Malay acronym for Low-Risk Covid-19 Quarantine and Treatment Centres.

Many Covid-19 patients, mostly those in Category one and two — showing no or mild symptoms — are also not hospitalised, and a handful of Covid patients are “brought in dead” or BID — meaning that they did not get the medical attention they needed.

When asked, a doctor in a repurposed ward in the Duchess of Kent Hospital in Sandakan said that they have been dealing with an overflow of patients for over a month. Her experiences matches those of an anonymous message on the Sandakan Kini Facebook page, who has said that the hospital was out of ICU beds, oxygen and even the morgue was backlogged.

Since then, the state health director Dr Rose Nani Mudin said the hospital has had to repurpose its women’s ward as a Covid ward and bring in 30 new oxygen tanks from nearby district hospitals.

The data provided by the state health authorities also claim that 120 ventilators are available in the state, with some 58 designated for Covid-19 patients. On August 31, some 81 patients required breathing assistance.

Doctors on the ground, meanwhile, say ventilators are a much-needed commodity.

“We have asked for more, many times. They have said that they’re coming, but it’s been about two months since the requests and there is no indication when they will arrive,” said one doctor working in the emergency department.

“We know it’s clichéd to say that the frontliners are getting burned out but we are. Pulling 12-hour shifts and being on your feet all day in personal protective equipment (PPE) and then having to deal with the heartbreak of telling the patients and their families that there is nothing we can do because we don’t have enough beds or ventilators… it’s not easy on us.

“I think it’s fair to say that there are many Covid-19 patients who have died despite being treatable. Some were not even in the ICU,” he said.

The state has been trying to cope with the surge in cases by ramping up vaccinations. Since its peak of 3,487 cases last Thursday, numbers have been dipping but Sabah remains the state with the third highest number of cases after Selangor and Kuala Lumpur.

Lately, it has been recording the second highest number of cases after Selangor.

In contrast, despite its population, Sabah is the state with the lowest vaccination rate by far, at 40 per cent of its registered adult population after Kelantan’s 45 per cent.

Despite the mitigating efforts by the state government, some experts predict that the number of cases will continue to rise until mid-September before plateauing and then slowly declining in mid-October. 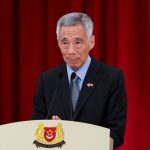