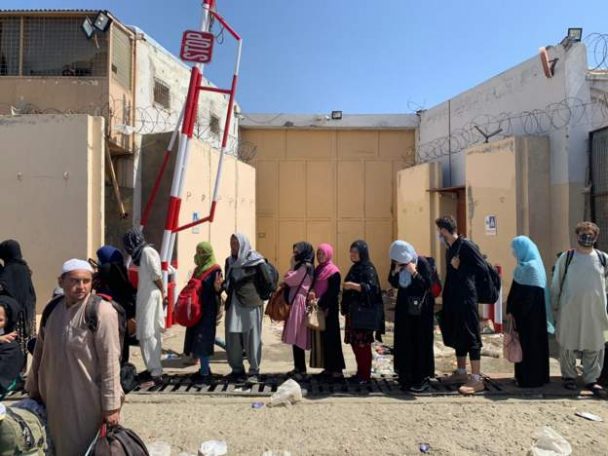 Afghan refugee: ‘People were running. They were so afraid’

Afghan photographer, Fatimah Hossaini, has spoken to BBC News about just how quickly life in Kabul changed as the Taliban rapidly approached the city.

“Just the night before the Taliban took over Kabul we were with friends in cafes. I went shopping and life was normal.”

“I was on my way to a PCR test because I had a flight on Monday to Turkey… People were running, they told me ‘go home the Taliban are coming’.”

Hossaini, who fled to Paris and has worked for a variety of Western media organisations, told the BBC’s Dan Walker how she feared an interview she had given to the BBC World Service days before the fall of Kabul made her “a double target”.

China criticises US over withdrawal

China has criticised the US withdrawal from Afghanistan, accusing Washington of having “selfish” foreign policy priorities.

It said the US had used the rhetoric of a rules-based global order to defend its own “bullying, hegemonic behaviour”.

“The US can wantonly conduct military intervention in a sovereign country and does not need to be responsible for the suffering of the people in that country,” foreign ministry spokesman Wang Wenbin told a press briefing.

“The US can arbitrarily smear, suppress, coerce and bully other countries without paying any price,” he added.

The Afghanistan exit has been a golden opportunity for China to convince the Asian public that the US cannot be trusted, experts say.

Meanwhile, China has called at that meeting of the UN Human Rights Council in Geneva for the US, UK, and other countries to “be held accountable for the violation of human rights committed by their military in Afghanistan”.

Where will Afghan refugees go?

The Taliban control all the main land crossing points with Afghanistan’s neighbours, and the militants have said they do not want Afghans to leave.

But some refugees have managed to find a way out, while thousands of Afghans are also gathered at the country’s only functioning airport in Kabul in the hope of boarding a flight out.

Even before the Taliban retook control, more than 550,000 people had been forced to flee their homes this year due to fighting, according to the UNHCR.

That means an estimated 3.5 million Afghans are currently internally displaced within the country.

People will be left behind, Spain warns

Spain has warned it will not be able to evacuate all Afghans who served Spanish missions or worked with its government due to the “dramatic” situation on the ground.

“We will evacuate as many people as possible but there are people who will stay behind for reasons that do not depend on us, but on the situation there,” Defence Minister Margarita Robles said during an interview with radio Cadena Ser.

It comes after her UK counterpart Ben Wallace issued a similar warning, telling the BBC that not everyone would be evacuated before the 31 August deadline agreed with the Taliban. 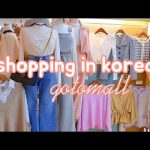 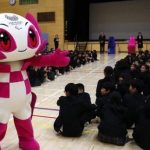