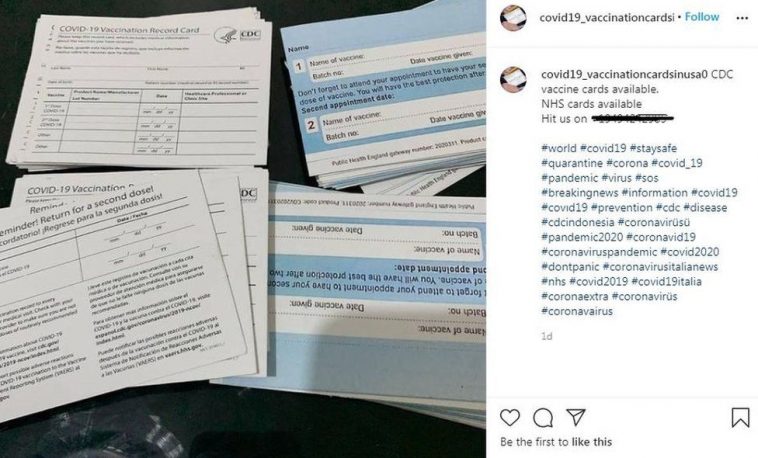 As more people in the US are asked to prove they have been vaccinated in order to work, study or socialise, a flourishing black market in fake vaccination cards has sprung up. But what can be done to tackle it?

The operator behind “Covid19vaccinecardsss” took just seconds to reply. One of a slew of Instagram accounts hawking fake proof of Covid-19 vaccination cards, whoever was running the page was eager to sell, inviting the BBC to move over to an encrypted messaging app to make a deal.

For $100 (£70), the vendor would deliver a “registered” card, with either the logo of the US Centers for Diseases Control and Prevention (CDC) or Britain’s National Health Service.

Payment could be made in Apple Pay or Bitcoin and delivery would be “discrete” and within 24 hours, they promised.

“Your cards will be saved into the database system,” they told the BBC. “[These are] very good original vaccine cards, no worries.”

As the Delta variant of coronavirus sweeps the US, businesses, universities and cities such as New York and San Francisco have introduced vaccine mandates to boost uptake of jabs.

But vaccine hesitancy remains high and a cottage industry for bogus inoculation cards has emerged to help people get around the rules.

Fakes have been sold on platforms from eBay to Whatsapp and there have been high profile busts, with warnings that counterfeiters and buyers could face jail.

Yet users, authorities and many others are sceptical that the use of false cards can be stopped.

Last week, customs officials in Memphis, Tennessee and Anchorage, Alaska seized 6,000 false vaccination cards in separate shipments from China destined for recipients across the US.

They were printed with the CDC logo and closely resembled the genuine cards given to US citizens when they get vaccinated. However, when officials looked closer they noticed spelling mistakes and poor printing quality.

At the same time, more people who are using false documents are getting caught.

Recently, a Miami couple was arrested for allegedly trying to enter Hawaii using fake cards in breach of the state’s travel laws, which require proof of vaccination or a negative test result to avoid quarantine.

The flourishing market has prompted warnings from the FBI that unauthorised use of a government agency’s seal is a crime and violators could face fines or up to five years in prison.

Chuck Schumer, the Democratic Senate majority leader, has called for a federal crackdown and national education campaign to stop counterfeiting. Why, he also asked, were people risking prosecution to get fake vaccine cards when jabs are free and plentiful in the US?

Some New York businesses are concerned they could be held liable if someone is found on their premises with a fake card.

Sean, who manages Off the Wagon, another nightspot in Greenwich Village, thinks all proof-of-vaccination cards should be digital to stop fraud.

Such passes are planned or in use in the UK and Denmark, for example, but the US has no similar scheme.

Several digital vaccine apps are available within New York City, but bars like Sean’s still can’t access systems to scan them, which worries him.

“I am expecting [fake vaccination cards] just like I expect fake IDs for underage drinking,” he tells the BBC. “But there isn’t much you can do about the paper ones.

“That’s why it is important to know we won’t be held liable… We’re at the very early stages with all of this, it’s a fickle process.” 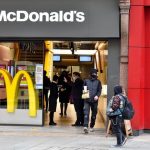 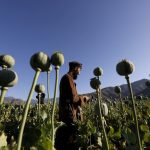