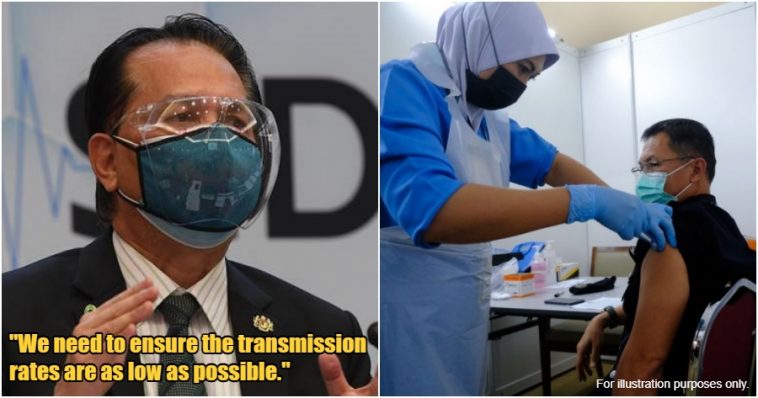 As of today, a total of 54.3% of Malaysian adults have completed two doses of their vaccines reported BERNAMA. Just two weeks ago, the government announced relaxed restrictions for the fully vaccinated.

With many sectors re-opening, Health DG Dr Noor Hisham Abdullah recently took to his Twitter account and reminded fully vaccinated individuals to NOT take these privileges for granted. This is to avoid all the hard work that has been done to fight the pandemic and the rewards that the nation has achieved go to waste. 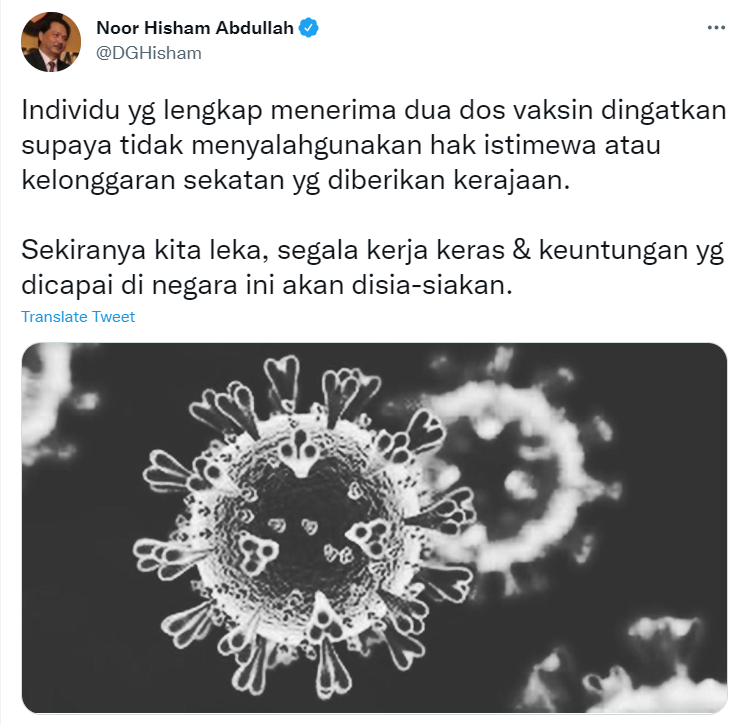 As there are still people who have yet to even receive their first jabs, he further explained that we may have to face another wave of battle with this virus if the relaxed SOPs are misused.

“We need to ensure that the transmission rates are as low as possible to prevent the variant from spreading, or the emergence of new variants.”

He also took the time to remind the public to take initiative and undergo isolation or quarantine immediately should they find that they tested positive for the virus, or are in close contact with an infected person. 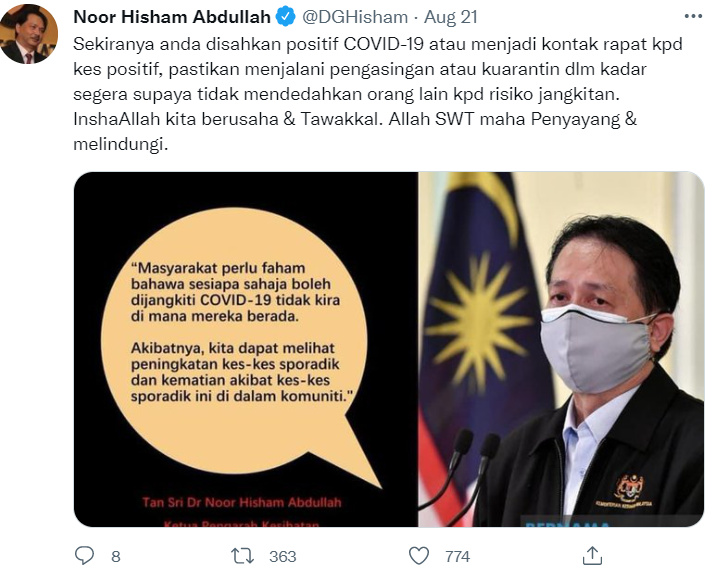 Additionally, in another Facebook post, Dr Hisham revealed that the dominant Delta variant can grow under the noses of vaccinated people as notoriously as those who are unvaccinated. In other words, vaccinated individuals can still transmit the variant to other unvaccinated people. However, vaccinations are still crucial as they reduce hospital admissions and ICU bed utilisation, as well as preventing severe symptoms from showing up.

In the meantime, Sultan Selangor, Sultan Sharafuddin Idris Shah Al-Haj has also urged the people to not let their guard down and think that they are immune from the Covid-19 virus. He emphasised that everyone should play their part in fighting this pandemic by adhering to the SOPs and living life under the new norm. 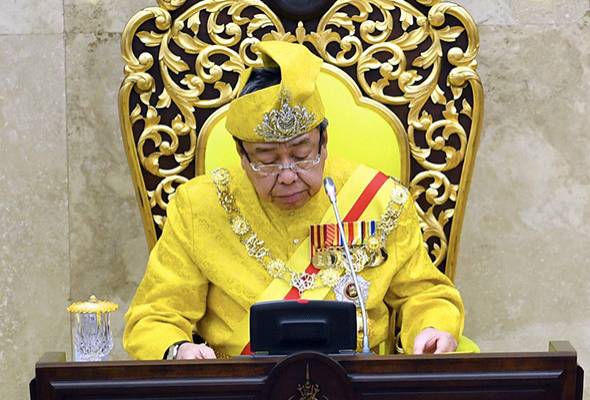 He also warned the assemblymen to not be too attached to political drama and the fight for power as the nation is suffering at the moment.

“Find them and help them. Don’t reach out to them only when you need their votes during elections.”

Sultan Selangor reminded them to not abuse the mandate given by the people. 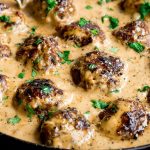 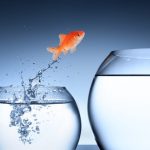