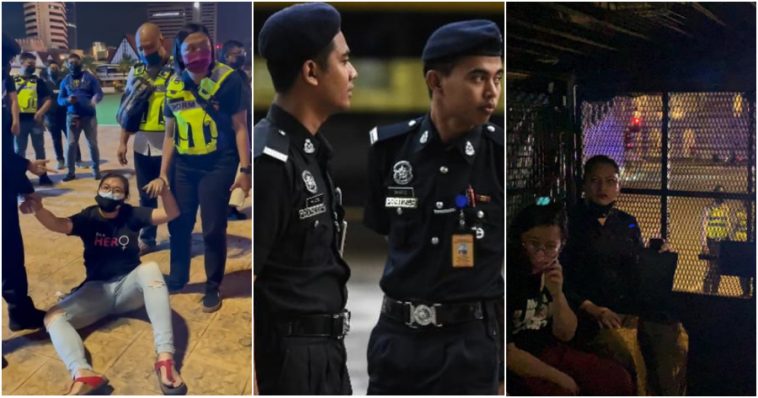 Last Thursday (19 August), 31 participants of a candlelight vigil for Covid-19 victims at Dataran Merdeka organised by Sekretariat Solidariti Rakyat (SSR), were nabbed by police and taken to Dang Wangi headquarters.

Many of them were allegedly intimidated, roughed up, forced into Black Marias (police vans) all WITHOUT a valid reason by the police. Their arrest sparked an outcry among the public who called for such intimidation to be halted.

According to a statement by Undi18, “The lawful actions exercised by the police violated three fundamental rights guaranteed by the Federal Constitution: the right to assemble peaceably, the right to be informed of the grounds of their arrest, and the right to legal representation.” 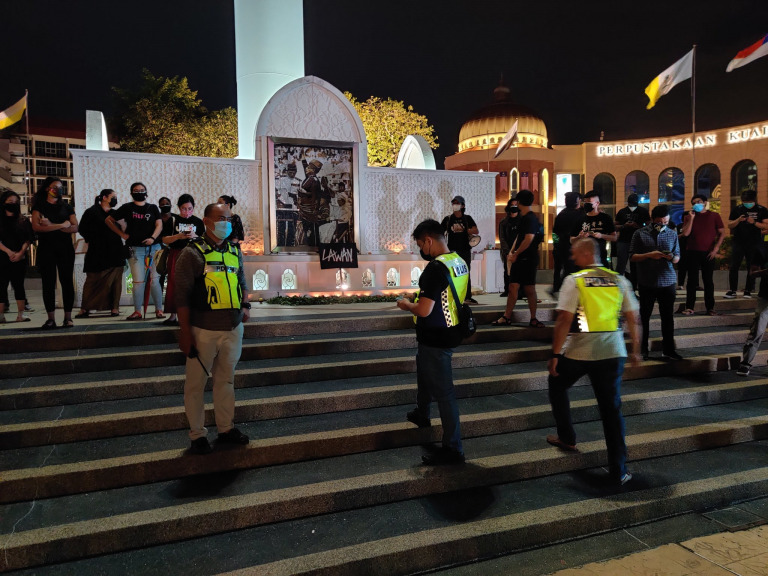 This serves as a strong reminder for all Malaysians to know their rights! If you are ever stopped by an officer unnecessarily, you will need to know your rights to prevent being exploited. Here’s a compilation of rights from the Red Book by the Malaysian Bar that informs every citizen on important rights they should know if they’re ever caught in the same situation:

1. If you’re stopped by a police officer

Every police officer has an authority card (kad kuasa) as proof that they’re legitimate. It’s quite common for a police officer who’s on duty on the ground to be in plain clothes.

This comes in 4 different colours to show their rank. Without this card, police officers are not empowered to act and are considered ordinary citizens.

A red police authority card means that the officer is suspended and they do not have any right to hold you.

Blue: the officer holds an inspector rank or above
Yellow: below the rank of an inspector
White: reserve police. 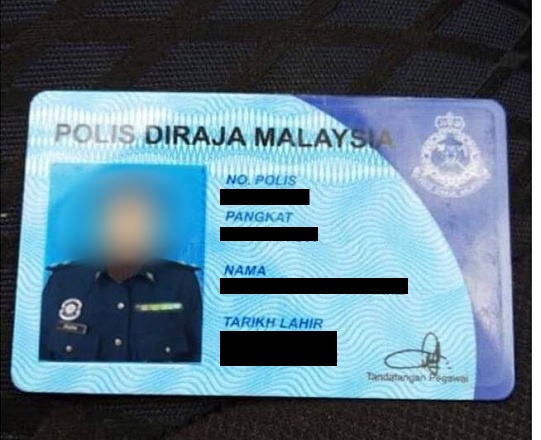 Every uniformed officer must have his name and ID number clearly shown, so if the officer who stopped you does not have a name and ID, that could be a sign that something fishy is going on.

Always take note of their name, ID and vehicle license plate number if you do get stopped by a police officer.

This helps when it comes to reporting any imposters or even in cases where a police officer abuses their power. 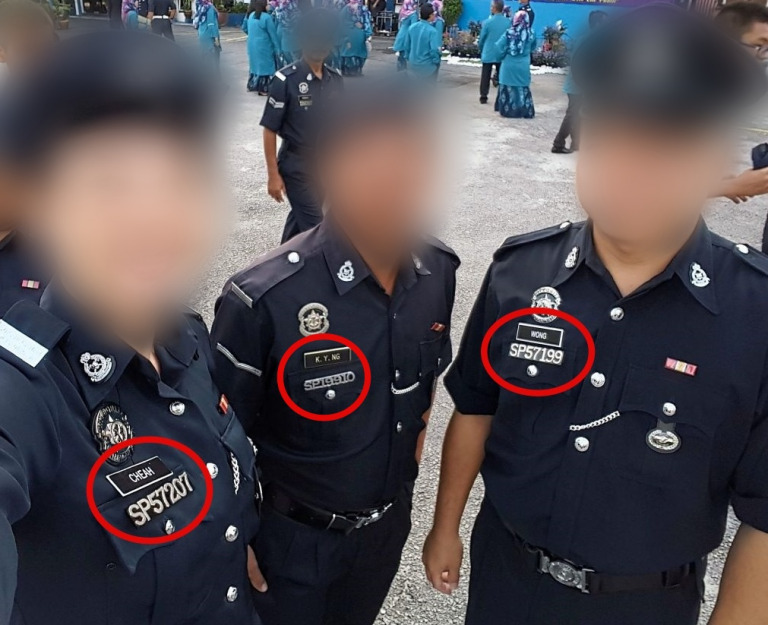 Unless the police are conducting an investigation on criminal activity that just happened in the area.

If you’re forced to, just give them your name, IC number and address. If they insist on more, ask politely, “Am I under arrest?” If the answer is “No”, then you can walk away and refuse to follow them to the police station or anywhere else.

The most important thing to remember at this stage: they cannot arrest you unless there is at least one high-ranking police officer (a blue ID card) present.

2. What to do if you’re being arrested

Remain polite and do not resist. The police have the right to use reasonable force should you attempt to resist arrest. You are under arrest if the police respond with a “yes” when asked whether or not you’re under arrest, does not allow you to leave and wants to take you to the Police Station or handcuffs you.

It’s against the law to arrest you without stating the exact reasons. If you are not under arrest, you may walk away/refuse to follow the officer back to the Police station or anywhere else, if asked. 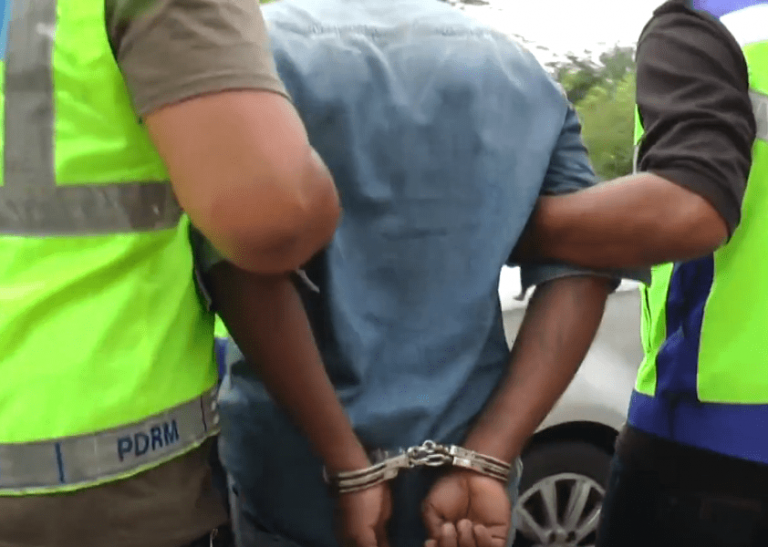 3. What to do after an arrest

Never kick up a fuss or blurt out random words because the officer may just use them against you later.

In the event of an arrest, you may call a friend, relative, neighbour, lawyer and quickly let them know where you are, the details of the arresting officer, and the police station’s location so that they can come to your rescue.

You can also call a nearby Legal Aid Centre (LAC) to help you. 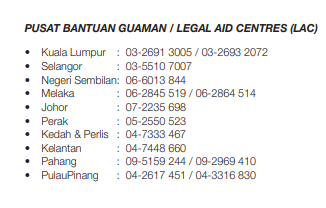 If you’re asked questions by the police officers, you can answer with, “I will answer in Court” and exercise your right to remain silent until help comes. 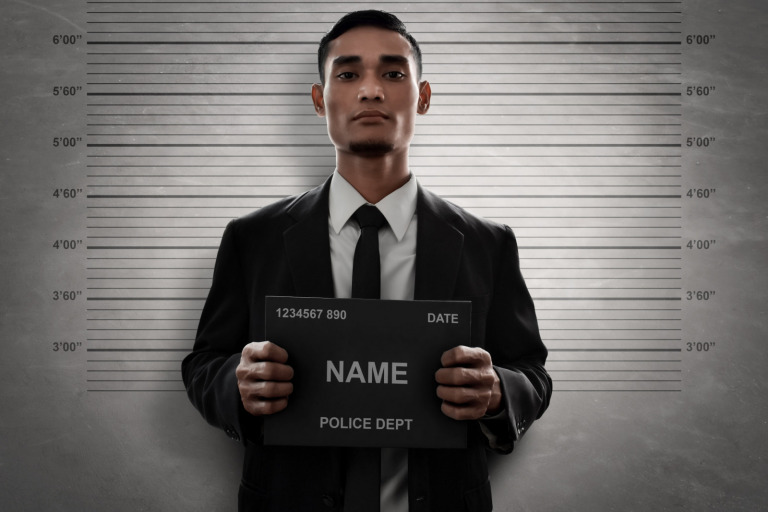 4. Your rights after arrest and during detention

The police may only detain you for up to 24 hours for the investigation. If the Police cannot complete investigations within 24 hours, the Police must bring you before a Magistrate for a remand order to extend your detention beyond 24 hours (Remand Order).

Once you have requested the presence of a lawyer, you have the right to consult the lawyer at the Police Station. The police must accord you reasonable facilities and a reasonable time for you to meet and consult the lawyer but they may deny this right if the delay in questioning you may cause the occurrence of another crime or cause danger to others. 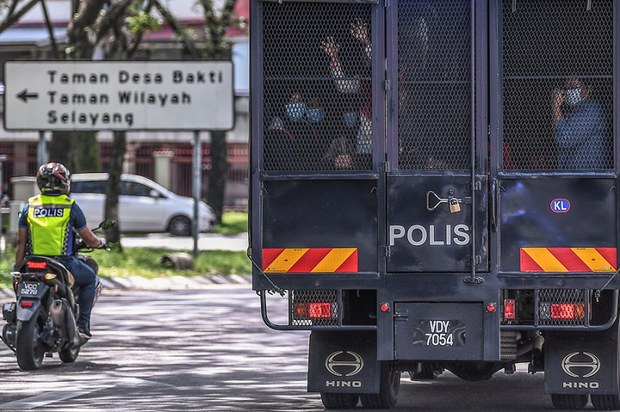 When you’re arrested, the police are allowed to do a body search.

Politely inform and volunteer to empty out your pockets/bags and flip it inside out to show it’s empty inside. Each time you take out an item, describe the item. For example, say, “Purse”, “keys”, “ID card” etc.

Officers are not allowed to touch private parts nor are they able to force you to strip naked for a search. If an officer forces you to strip naked, protest, remember the officer’s name, and lodge a report against him.

All searches are separated by gender and ladies can only be searched by a female police officer. If a male officer insists to search your body, protest.

With the current state of events, it is essential that you know your rights well and exercise them accordingly when needed. Remaining calm is essential and try to get help as soon as you can.

For the full comprehensive report of your rights and what you can do if you encounter the police, visit the Malaysian bar’s website.

Stay safe and protect yourself with the rights that have been given to you. 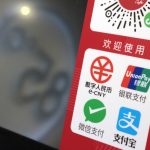 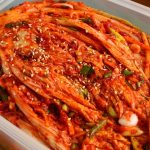