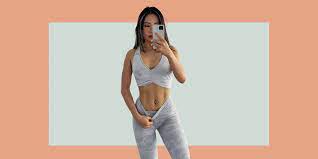 In the past six or seven months, I think we’ve all heard about pretty much every at-home workout possible. Body weight workouts. Virtual pilates classes. Pelotons (so many Pelotons). YouTube workouts. There is one particular YouTube trainer, though, that I’ve seemed to hear about more than all the others: Chloe Ting of the YouTube Channel Chloe’s Addiction. Friends would tell me how difficult her routines were, strangers would post a sweaty post-workout selfie complaining about the Chloe Ting ab routine.

Naturally, I was influenced (or at least curious). So I tried some of Ting’s free YouTube workouts out for myself.

I started with a short ab circuit, which at first seemed simple enough (no weights, no body bands, no resistance bands), but I soon found it to be pretty damn challenging. I then worked through some Ting-led body weight arm workouts and cardio circuits. Most of them were sneakily difficult (and, especially when it came to the full-body cardio) would end with me drenched in sweat. My fiancé, who usually opts for weight training or long runs, found them challenging, too. I still was left wondering, though, who exactly is Chloe Ting and how did she get so famous?

Who Is Chloe Ting?

According to Jezebel, Ting is a 30-something trainer from Australia who joined YouTube in 2011 but didn’t start going viral until she started posting workouts on (what else?) TikTok and more and more people started doing her “challenges.” These challenges are often broken down into one or two-week time periods and promise dramatic results.

Ting now has 14.5 million subscribers on YouTube. The top 100-most subscribed YouTube channels in the world have between 25 and 152 million subscribers, so that gives you some sense of just how popular the trainer’s workout circuits and series are. What’s maybe more shocking is that just two months ago, Ting posted that she had hit 10 million subscribers. Now, she’s at 14.5 million. Needless to say, people are Googling Chloe Ting’s workouts regularly more and more now—likely for the same reasons I did.&

However, it’s important to note that Ting is not a certified professional fitness trainer. It’s best to seek the advice of a licensed professional for your specific fitness needs, especially if you have an injury.

Whether or not her series are actually worth it is going to differ from person to person, but I can speak from personal experience. For me, someone who has mainly stuck to cardio interspersed with light dumbbell training for the past seven months, doing workouts that didn’t require any equipment (some you could even do without shoes, probably) was refreshing. I also liked that some of Ting’s more intense workouts offered up low impact alternatives for movements. Some even specified when there was jumping involved or not.

If you’re prone to injury or are just getting back into a regular workout routine, this feature is incredibly helpful.

If you’re just starting out, I suggest beginning with one of Ting’s quicker workouts (this ab workout has a whopping 234 million views for a reason) and then moving onto her 30-minute, full body circuits. It’s true that part of Ting’s success may have to do with the trendiness of her workouts (and TikTok), but her training is effective (there are about a billion before-and-after photos out there if you look for them), too. The bottom line, though, is that Ting’s workouts are also incredibly accessible. They’re free, don’t require fancy workout clothes or equipment, and are often able to be modified depending on skill level. No gym membership required. 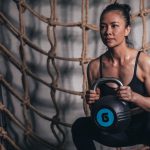 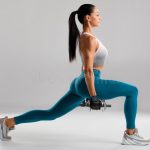