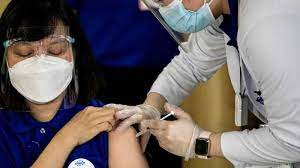 A top Philippine official has slammed Hong Kong’s push for mandatory Covid-19 vaccination for all domestic workers as a move that “smacks of discrimination”, as long lines formed at screening centres around the city set up to serve helpers obeying compulsory testing orders.

Foreign affairs secretary Teodoro Locsin Jnr made the comments on social media, echoing a call from the country’s consulate in Hong Kong.

On Sunday, Hong Kong Chief Secretary Matthew Cheung Kin-chung said the jabs requirement for helpers was still being studied, and insisted the inoculation drive remained vital for the city to recover from the pandemic.

His blog post came as the city confirmed two Covid-19 cases, both imported, taking the overall tally to 11,784, with 210 related deaths.

No new cases have so far been detected among domestic workers or Tung Chung residents who were issued with compulsory testing notices after targeted groups rushed to get screened over the weekend.

The Department of Health also announced it would ban passenger flights operated by Turkish Airlines from Istanbul from Monday to May 16 after it carried three infected passengers on April 27.

Philippine Consul General Raly Tejada on Saturday told the Post Hong Kong should not force its 370,000 helpers to get vaccinated, arguing that if the new rules applied to them, then all non-resident foreign workers should be made to follow suit.

“If vaccination becomes a provision to work in Hong Kong, then its application should be non-discriminatory and therefore must not only include [foreign domestic workers], but other non-resident workers who are similarly situated so that there is no feeling of being singled out,” Tejada said.

Locsin then took to Twitter to throw his weight behind the remarks: “He’s got a point; it smacks of discrimination even though we’d all like to be treated that way in the Philippines where we lack vaccines.”

Hong Kong authorities on Friday announced plans to require all domestic workers to get vaccinated before contract renewals. Those applying for work visas from overseas will also need to get vaccinated first, with details to be made public later.

The government has also ordered all helpers to get tested before May 9, after two domestic workers were found to be infected with mutated strains. 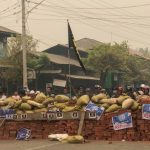